Nushrratt Bharuccha has left everyone impressed with her performance this year in her films. While the actress left a strong imprint of her acting spectacle in Chhorii, the audience was eagerly waiting to see her back with the sequel and she has recently shared the progress of Chhorii 2 from the sets to which her Vishal Furia reacted. 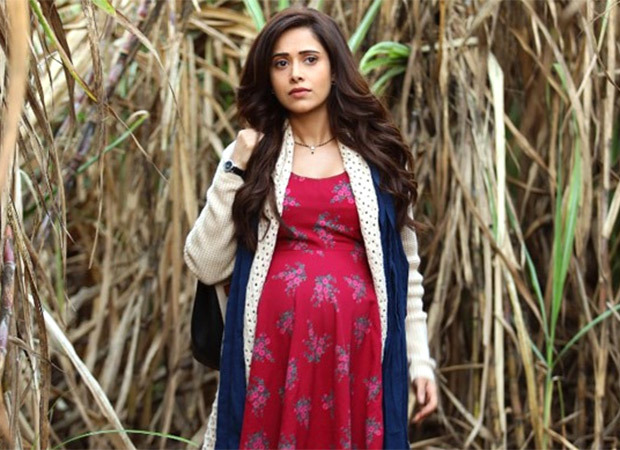 While taking to her social media, the actress shared a picture from the sets of Chhorii 2 in which she can be seen showing her wounds. She further wrote, "And the cuts and bruises have begun!! #Chhorii2."

To this, her director Vishal Furia responded while sharing it on his social media writing, "Wounds of Bravery for this Bigger Adventure.. / This is why we love you .. / (two red heart emojis) #Chhorii2." 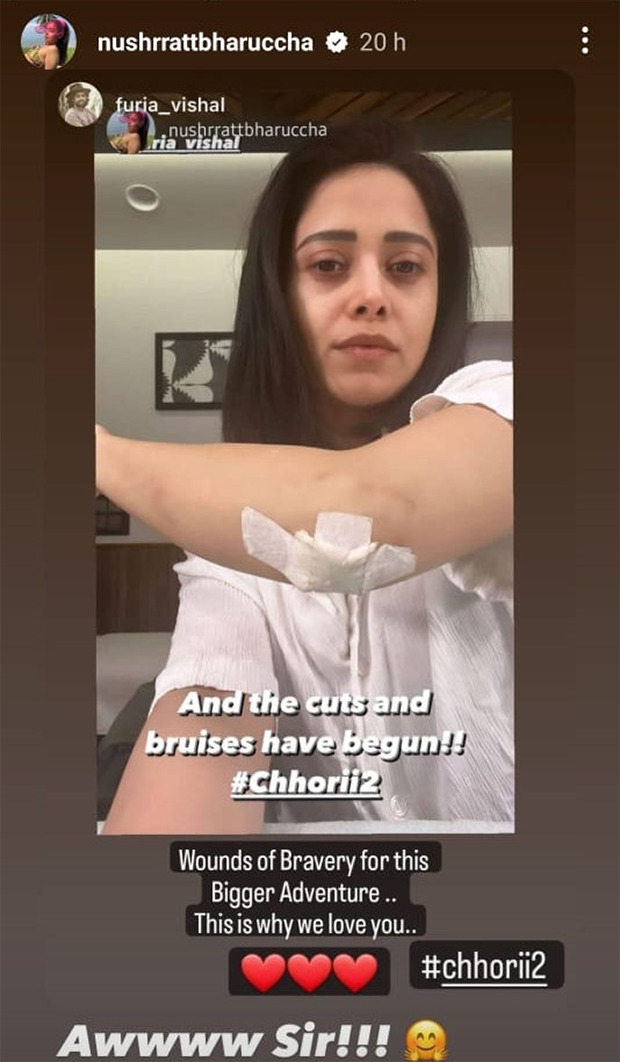 Nushrratt Bharuccha has recently won an award for Chhorii at the Filmfare middle east awards and has already kick-started the preparation for Chhorii 2.

Meanwhile, on the work front, she has an interesting lineup of films like Chhorii 2, the sequel of her critically acclaimed film, Selfiee alongside Akshay Kumar and Emraan Hashmi. She also has 'Akelli' in the pipeline, which is another solo lead film by the actress.

Also Read: One year of Chhorii: Nushrratt Bharuccha promises to "level up and give 200% to the sequel"