With the success of the second season of Mismatched, leading lady Prajakta Koli is not only looking forward for the third season of the show but she will also be a part of Bollywood films. Readers would be aware that YouTube content creator turned actress made her debut with Dharma Productions in the family drama Jugjugg Jeeyo which features her marriage against its backdrop. During the interview in the show Social Media Star with Janice, the actress recalled the time when she kicked off her debut film and revealed her experience to co-guest Rajkummar Rao who is currently shooting for the Dharma film Mr. and Mrs. Mahi. 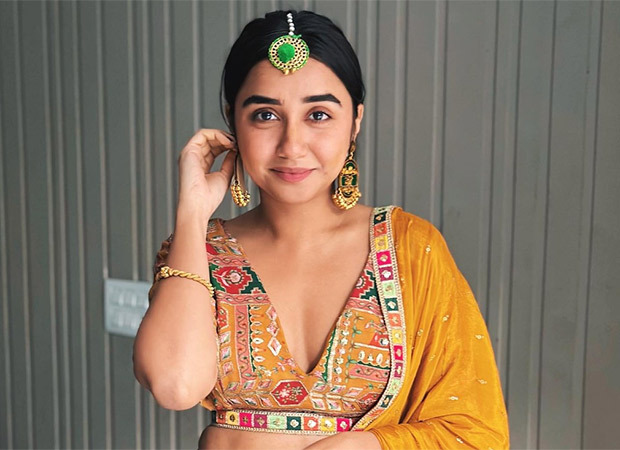 In the last season of this show, Prajakta Koli had come along with Jugjugg Jeeyo producer Karan Johar. When the host reminded her of how she didn’t speak much in front of KJo, Prajakta added, “I was very nervous to shoot even that episode with Karan.” That’s when the host added how Karan Johar gave away his Gucci ring to her.” This left her co-guest Rajkummar Rao quite surprised and Prajakta added, “All I had to do was to tell him how much I loved the ring.” Adding his quirky twist to it, Rajkummar added, “Meri ring nahi. Woh nahi de sakta, yeh shaadi wali ring hai. (Don’t eye my ring. I can’t give it to you because it’s my wedding ring).”

In the same show, the actress also added about how she was nervous about shooting JugJugg Jeeyo and felt that the entire set will be filled with ‘hoity-toity’ people around. She added, “When I was packing for Chandigarh to shoot, I remember crying that I have nothing worth wearing on a Dharma set. But when I reached there, it was nothing like that. People were so warm.”

JugJugg Jeeyo featured Varun Dhawan, Kiara Advani, Anil Kapoor, and Neetu Kapoor in lead roles. Prajakta Koli played a bride-to-be, who is the sister of Varun and daughter of Anil and Neetu in the film. On the other hand, Rajkummar Rao will be seen in the Dharma Productions film Mr. and Mrs. Mahi that is directed by Sharan Sharma.