Shanaya Kapoor is one of the most popular star kids in recent years. Her significant Bollywood debut with Karan Johar's Bedhadak has just made waves. The social media star kid has a sizable following and periodically delights them with lovely images and videos. Sanjay Kapoor's daughter was already a Bollywood diva before she entered the entertainment industry since she makes it a point to turn heads everywhere; she goes with her excellent sense of style. By sharing every happy moment, she has with her friends, family, and loved ones; Shanaya excels in retaining the attention of her audience. Shanaya knows how to steal the show whether she's wearing heavy lehengas or street clothes. She simply repeated it while wearing a dark, baggy pantsuit. The newest fashion icon in Bollywood, Shanaya is a genuine role model for all of her young fans. Shanaya does not differentiate in any way between ethnic attire and western fashion with the swoon-worthy outfits the actor wears at each of the occasions. Shanaya ignited the internet with her choice of a gorgeous light brown pantsuit for her most recent picture shoot. In a brown blazer, the actress mastered the oversized trend. She made a daring choice by forgoing her shirt and pairing the ensemble with loose micro-checkered pants, which beautifully complemented her overall outfit. We appreciate how she left her makeup bare and her hair dishevelled. We will most certainly save this look for weekend snoozing. 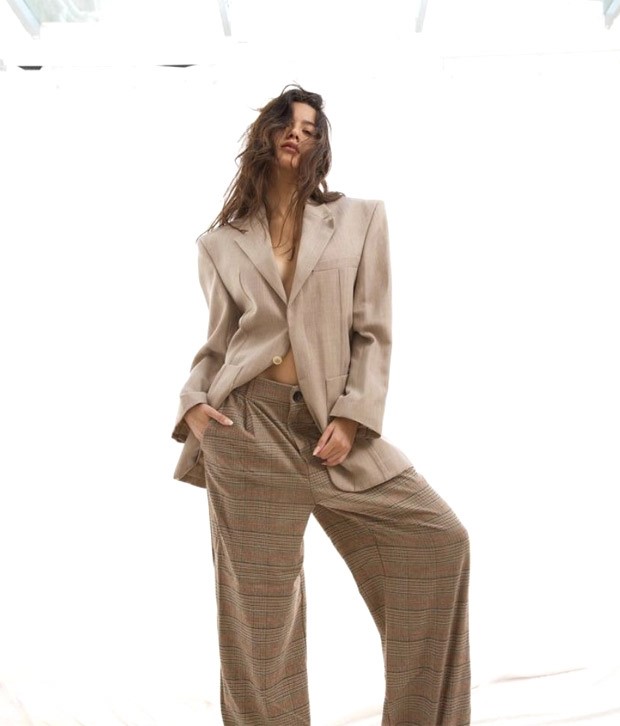 Talking about her debut film, Karan Johar’s Dharma Productions will launch Shanaya in Bedhadak, which will also star Gurfateh Pirzada, best known for Netflix original Guilty, and another newcomer, Lakshya Lalwani. It will be directed by Shashank Khaitan. The characters of the movie were introduced by the filmmaker on his social media earlier this year. Shanaya was introduced as ‘Nimrit’ as Karan shared her first look in the movie. 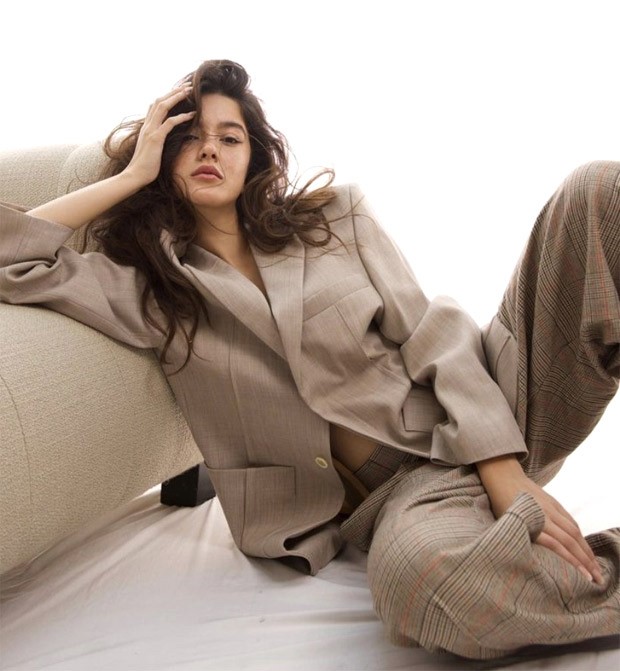 Also Read: Deepika Padukone won our hearts at the Current Laga Re song launch event in a pink pantsuit that cost Rs. 1.12 lakh