‘Mamu’ Abhishek Bachchan recently posted a lovely message for his nephew Agasthya who graduated and shared about on his social media. Now the actor has taken off with his wife Aishwarya Rai Bachchan and daughter Aaradhya Bachchan to meet his niece Navya Naveli Nanda in New York. A photo of the same has grabbed attention on Instagram. 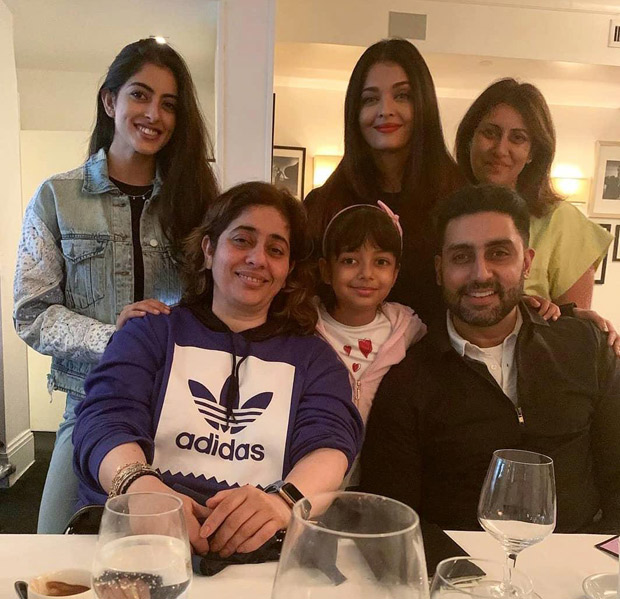 Not too long ago, we saw Navya Naveli Nanda met up with Rishi Kapoor and family in New York and we also got a glimpse of the same on social media. Now the perfect famjam moment was created with the Bachchans. Having granddaughters of Amitabh Bachchan, Navya and Aaradhya in the same frame was definitely one of the sweetest moments. The fan clubs of social media star Navya have been posting this photo on Instagram and making it viral.

Of late, Navya Naveli Nanda made news for her gym video as she was seen working out on the streets of New York. The star kid is expected to be prepping for a Bollywood debut but there has been no further update on the same.