Rishi Kapoor and Neetu Kapoor have been in New York for almost a year now. The veteran actor was being treated for cancer. Now he is in remission and soon plans to come back to India.  Many celebrities have visited them in the past couple of months. 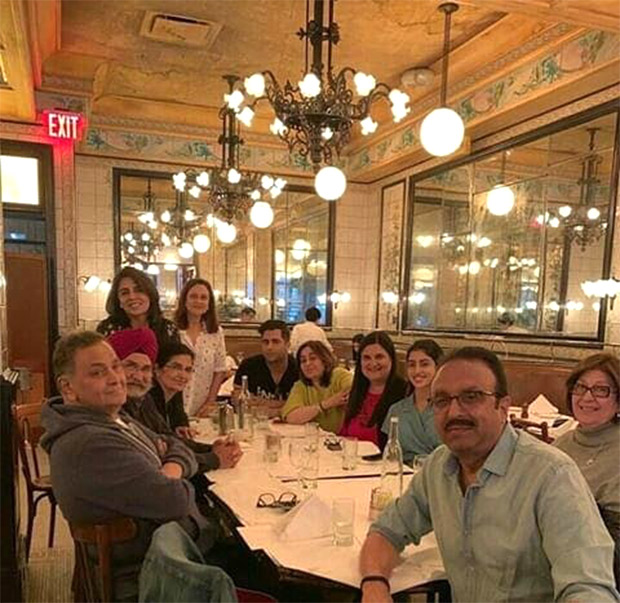 Recently, Rishi Kapoor and Neetu Kapoor had dinner close friends in New York. In a photo that has gone viral, the actors were seen with Amitabh Bachchan's granddaughter Navya Naveli Nanda and her extended family.  The photo has gone viral as they all posed for a group picture.

A day ago, Rishi had another set of visitors and they were from the team of 102 Not Out. He shared a photo on Twitter and wrote, "So much of love and affection. Umesh Shukla, Abhijat Joshi, Us with Saumya Joshi at “Tony’s” Thank you “102 not out” guys for your affection we love you!"

So much of love and affection. Umesh Shukla,Abhijat Joshi, Us with Saumya Joshi at “Tony’s” Thank you “102 not out” guys for your affection we love you! pic.twitter.com/NrQD1Opzyt