The release of Dil Bechara on July 24 was a special one. This is obviously because it starred the deceased actor Sushant Singh Rajput and it was his last film. His untimely demise had shocked and saddened people across the country. Dil Bechara was their last chance to see their favourite actor in a film. The streaming platform Disney+ Hotstar allowed even non-subscribers to view the film for free. All these factors helped Dil Bechara get historic viewership! 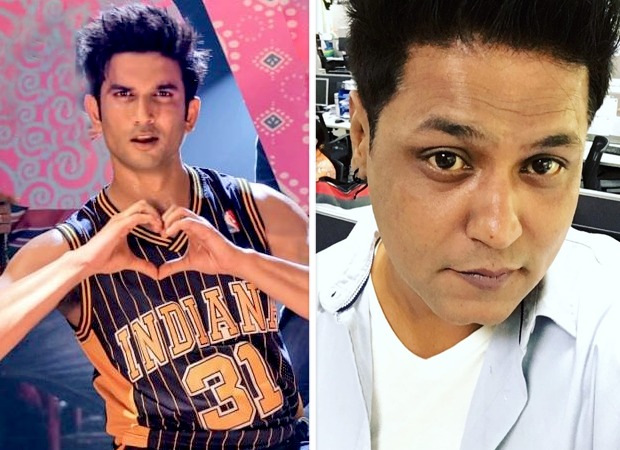 Meet the man who dubbed for Sushant Singh Rajput in Dil Bechara!

Dil Bechara was loved for its subject and of course the performance of Sushant Singh Rajput. The ending was moving, especially the monologue of the actor. And it’ll be a surprise for many of his fans to know that Sushant had not dubbed for that part at all. Meaning, the voice that you hear in the film is not of the late actor. It is Aditya Chaudhary, better known as RJ Aditya, who did the honours.

In an interview to an entertainment website a week after Dil Bechara’s release, RJ Aditya revealed that the production team of the film were looking for someone, presumably after his demise, who could dub for Sushant and that’s how they contacted him. He was sent a voice clip from Sushant Singh Rajput’s earlier film M S Dhoni - The Untold Story and was told to record the dialogue in Sushant’s voice. It took some time but the RJ managed to nail it. Director of Dil Bechara, Mukesh Chhabra, was so happy with the audition that he locked him.

Interestingly, even after the film was out, RJ Aditya didn’t reveal in this interview which was the scene that he had dubbed for. It was only in mid-August that he finally revealed the truth in a live Instagram video. This trivia has yet again caught the attention of the netizens after another popular YouTube channel also revealed this fact to many of his fans who were still unaware that the dialogue that moved them to tears was dubbed by someone else.

Dil Bechara is the official remake of the 2014 Hollywood tearjerker The Fault In Our Stars and also co-starred Sanjana Sanghi, Sahil Vaid, Saswata Chatterjee and Swastika Mukherjee. Saif Ali Khan featured in an interesting cameo. The film was the story of two terminally ill patients who meet and fall in love.