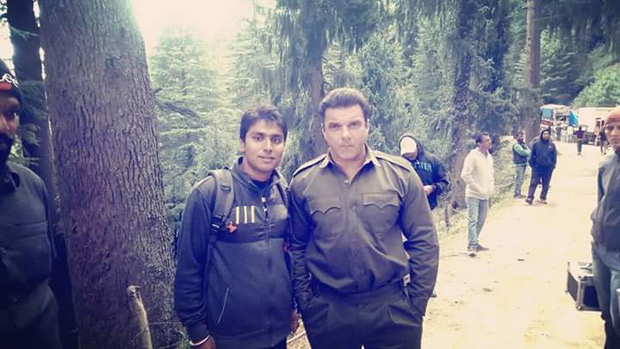 It's been almost two months since Salman Khan commenced the shooting of Kabir Khan's next directorial venture, Tubelight. The cast has been currently shooting in Manali.

Readers may recall that Salman's brother Sohail Khan is also an integral part of the film. Speculations were rife that even he is playing an army officer just like Salman Khan. And now, we came across a photo of Sohail where we can see him sporting the army look. The photo has gone viral on the web. We had also learned that his character is deaf and mute but no details have been revealed as yet as makers are maintaining silence on the character sketches as well as plot of the film.

Directed by Kabir Khan, Tubelight is said to be a period drama revolving around the Sino-Indian war, a dispute over the Himalayan borders. The film, that will also mark the Bollywood debut of Chinese actress Zhu Zhu, is slated to release next year during Eid.