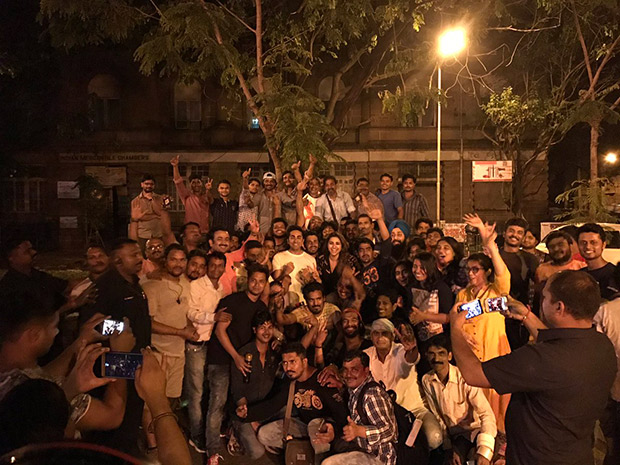 We all know that Parineeti Chopra and Ayushmann Khurrana have been paired opposite each other for the very first time for YRF's next film, Meri Pyaari Bindu.

Parineeti Chopra and Ayushmann Khurrana, who are really good friends in real life as well, have had a gala time shooting for the film. The upcoming romance drama has been shot in various locations and finally wrapped up in Mumbai recently. Parineeti confirmed the news by sharing a photo with the entire crew and added, "And its a wrappp! #MeriPyaariBindu."

This is not the first time where the actors have shared pictures on social media. Prior to this, the duo shared quite a few glimpses from the sets of their film where they were either seen goofing around or jamming on songs together. For the uninitiated, Meri Pyaari Bindu has Parineeti Chopra playing the role of an aspiring singer and a Tamil girl. On the other hand, her co-star Ayushmann Khurrana plays the role of Bengali writer.

Directed by Akshay Roy and produced by Maneesh Sharma under the banner of Yash Raj Films, Meri Pyaari Bindu is slated for release next year.