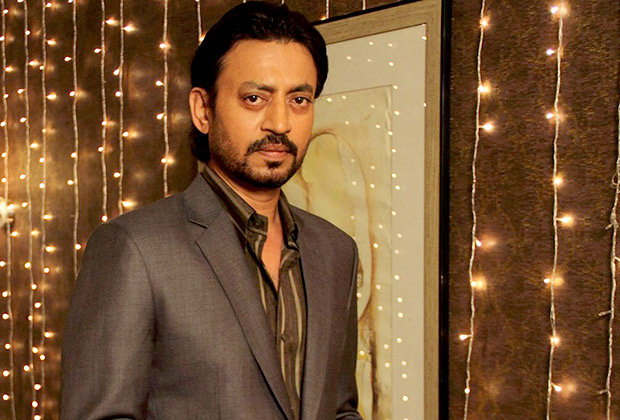 Irrfan Khan is back from the premiere of his latest film Inferno in Florence. And he is still walking on clouds. “They held the premiere at an opera theatre, the Opera di Firenze in Florence. It was unlike any premiere I had attended. The venue was straight out of a dream. The entire cast was there to watch the film and answer the questions from media persons from all over the world.”

Irrfan was delighted to hear how minutely the journalists gathered at the posh opera theatre had watched the film. “They asked intricate literary questions about the film from all of us. They wanted to discuss the film’s connection with Dante’s Inferno. No one asked me about Indian politics.”

The eminently international Irrfan Khan is back in India for just a few days until his new Hollywood film Inferno releases on Friday.

“Actually I’m supposed to be in the US for some important meetings. I had to cancel them and get back home when my producers of Inferno, in all their wisdom, decided to release our film in India two weeks in advance of the rest of the world. That sort of threw me offgear, in a good way,” laughs Irrfan pleasurably. “So here I am just for a few days to do press in India.”

Irrfan has plenty of reason to be flattered. The producers of Inferno decided to prepone their film’s release in India to cash in on Irrfan’s presence in the cast.

Admits the actor, “It is true they thought since I was in the cast they wanted me to be the face of the film in India. I gladly and humbly accepted the honour, and here I am.”

Tom Hanks, Irrfan’s co-star in Inferno, recently was quoted as saying, “I thought I was the coolest guy in the room until Irrfan walked in.”

Irrfan laughs it off as his great co-star’s magnanimity, “Just being around Tom Hanks is so enriching for me. He’s a very generous co-star; colleague and I can comfortably say we’re friends. Inferno has a truly global cast. It gave me a chance to get to know actors from all across the world. To me the biggest advantage of working abroad is the exposure I get to international talent.”

Irrfan says this is a good time for Indian cinema. “I can say with full authority that this is a great time to be an Indian actor. Our cinema is being recognized and acknowledged internationally. Very soon Indian actors will be able to make their presence felt in every corner of the world. It’s just a matter of time.”

Irrfan Khan is proud to say that the cultural profile of roles being offered to him from abroad are being modified to suit his personality. “In Inferno the nationality of my character was changed and before that in the HBO series In Treatment my character was converted into an Indian when I was offered the part. It’s gratifying when an Indian actor is given recognition on a global platform.”