Abhishek Bachchan is back to the film set. After starring in The Big Bull and completing the shoot of Bob Biswas, the actor has kickstarted the shoot of his next titled Dasvi in which he plays the role of 10th fail Chief Minister, Ganga Ram Chaudhary. 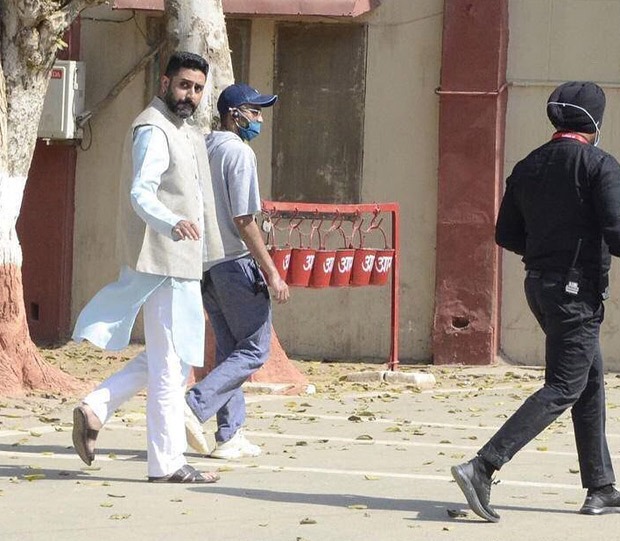 The actor unveiled the first look poster of the film earlier this week. And he kicked off the shooting of the film in Agra, some leaked pictures have surfaced online. The actor was seen dressed in a white kurta and pyjama and half jacket sporting a white and grey look.

According to the reports, Abhishek has begun shooting at Agra Central Jail where he was surrounded by tight security. The shooting will likely continue for a month. This political comedy will be directed by debutante Tushar Jalota. The film will highlight the importance of education in today's society. 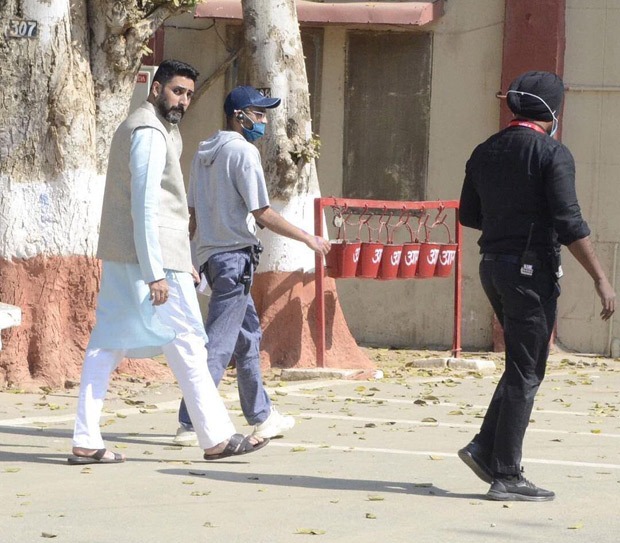