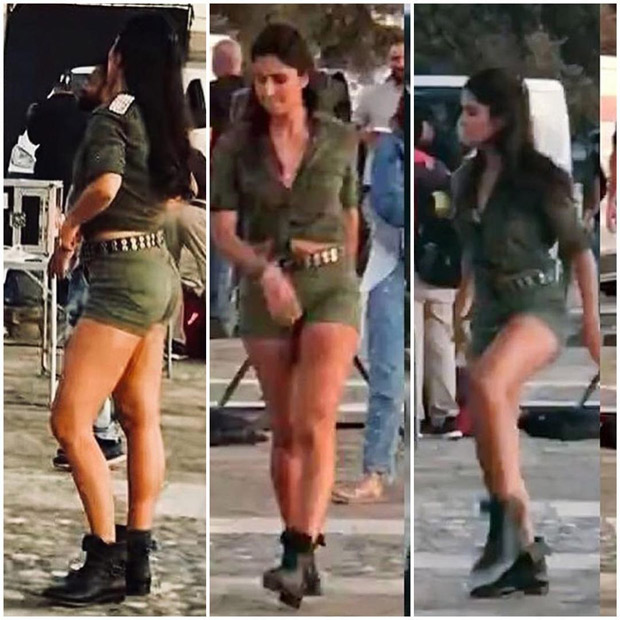 Last week after Diwali celebrations, Salman Khan and Katrina Kaif headed to Greece to kick-start the last schedule of the film, Tiger Zinda Hai. The cast and crew are currently in the beautiful locale shooting for a song. 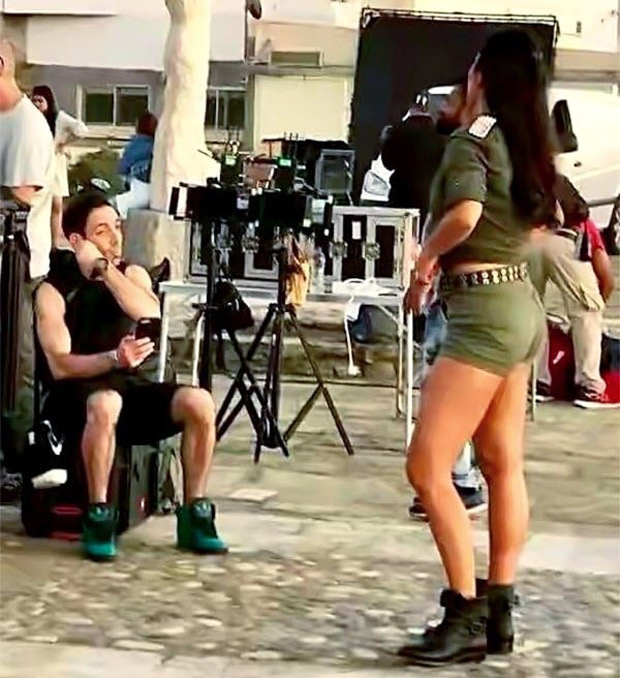 While Katrina Kaif has been sharing some photos with her team, her first look from the song shoot has made it to the Internet. Going by the picture, Katrina looks good in olive shirt and shorts. It seems like the actress is shooting for a peppy dance number.

On Monday, Katrina had shared a selfie with her makeup artist, Daniel Bauer and fitness coach. She captioned it, “#posers #overlywindswepthair.” 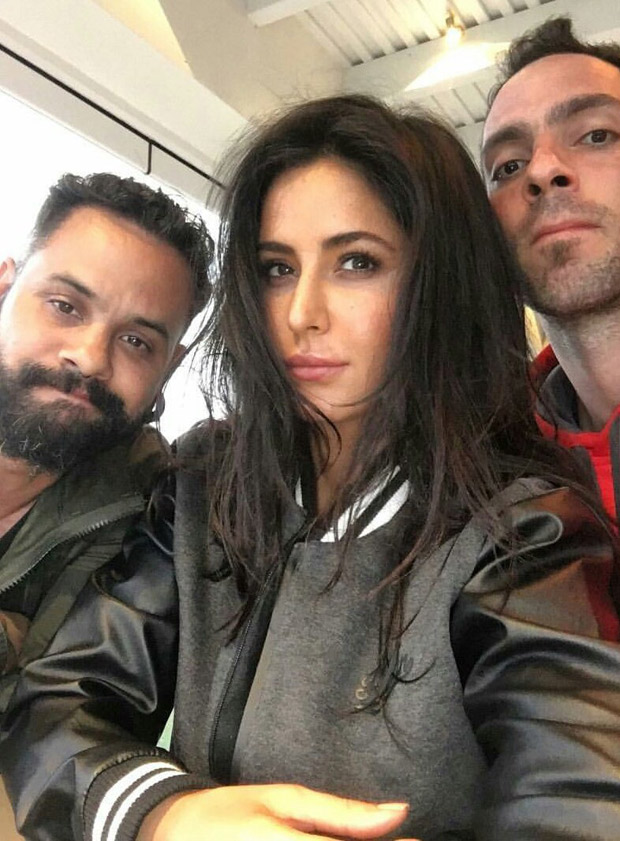