Krystle D'souza's best friend and actress Anushka Ranjan is soon going to tie the knot. The actress is going to marry her long-time boyfriend Aditya Seal. The couple has been dating each other for the past several years and have finally decided to tie the knot. 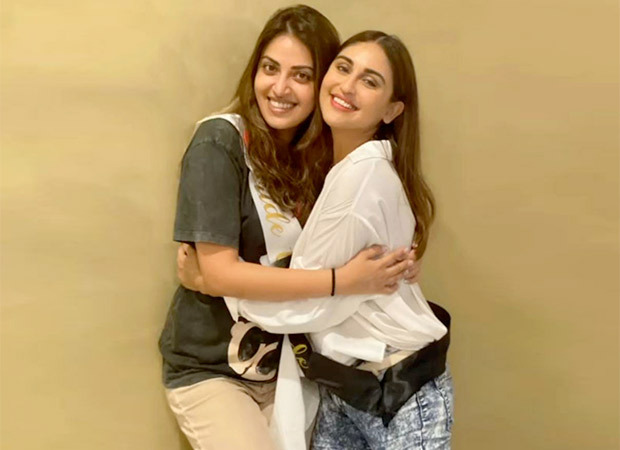 The wedding bells have already begun and the celebrations are going on in full swing. Recently, the actress even organized a bachelorette party for her friends. At the party, only her close friends and cousins were present.

The party was great fun for everyone and looking at the pictures, we can surely figure out they had enjoyed it to the fullest. Several stars from the telly town including Aly Goni, Arsalan Goni, Sussanne Khan, and Bollywood actress Vaani Kapoor were present at the bash.

For the party, the girl gang got a golden tattoo of 'Bride Tribe,' 'Bride-to-be' and 'Team Bride' with hearts on their hands. For the party, Krystle paired a white shirt with denim, chains around the neck with sneakers on while the bride-to-be wore a t-shirt with chinos. While Anushka wore a simple casual outfit comprising of a simple t-shirt and chinos.