An official announcement was made by the makers of KGF: Chapter 2 about the big unveil of Sanjay Dutt's villain Adheera on his birthday. On 25th July 2020, the director had shared on his social media that after a long wait finally, a new update related to K. G. F 2 will be releasing soon. Today, the first look was unveiled and it is highly intriguing. 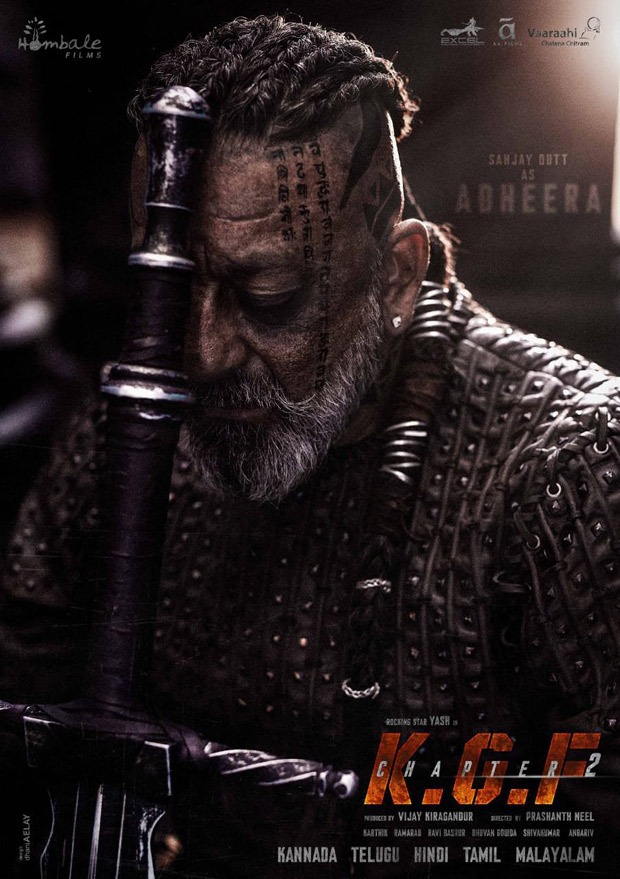 Marking Sanjay Dutt's birthday today, the makers shared a highly intense poster featuring the actor looking like a merciless villain. "It's been a pleasure working on this film and I couldn't have asked for a better birthday gift. Thank you @prashanthneel, @karthik_krg, @thenameisyash, @vkiragandur, #Deepak, #Lithika, #Pradeep & the entire team of KGF. Special thanks to all my fans who have always showered me with their love and support," Sanjay wrote on Instagram.

The first chapter ended with Yash’s Rocky killing his rival Garuda, who controlled the gold mines of Kolar with slavery and savagery. With a turn of events, Adheera had promised that he won’t try to take over the gold mines as long as Garuda was alive. In the second part of KGF, we will see Adheera and Rocky engaging in a power struggle over the gold mines- as it hints, brutally.

Mounted on a large scale the much-anticipated film puts forth technical advances to create a visually stunning experience. It stars Yash, Sanjay Dutt, Raveena Tandon amongst the others.

Produced by Vijay Kiragandur and directed by Prashant Neel, KGF: Chapter 2 is brought by celebrated names including Excel Entertainment and is a multilingual venture- to be released in Kannada, Tamil, Telugu, Malayalam, and Hindi.