We all know that the Kannada superstar Yash tasted success across the country with KGF Chapter 1 that released last year. The film that has turned out to be one of the most coveted projects of Sandalwood is known as an extensive and grand film with unique sets. While it already had a Bollywood connect with Farhan Akhtar and Ritesh Sidhwani producing it, we hear that KGF Chapter 2 will also star Bollywood stars like Sanjay Dutt. With enough curiousity being associated it, the intrigue element just got higher when this look of Yash started doing the rounds on social media. 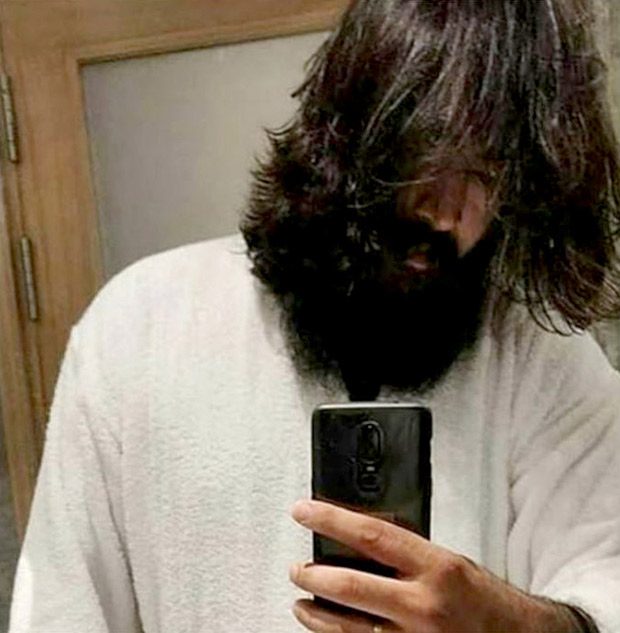 This look of Yash wherein he is seen sporting long hair and heavy beard seems to have attracted a lot of attention on social media and fans have been going gaga over the same. It seems that many are claiming that this look is a leaked photo of Yash with him sporting his look for KGF Chapter 2. Although there has been no confirmation on the same, fans can’t stop speaking about his so called monstrous look!

Kolar Gold Fields aka KGF is set in a different era of the 60s and so on and tells the story of the poverty-struck Rocky turning into a gangster and his life from thereon. The film is a Kannda language action drama that went on to release in Hindi, Telugu, Tamil and Malayalam languages. It also marked Farhan Akhtar and Ritesh Sidhwani’s entry into the South industry as the film was produced under the banner Excel Entertainment.