Shahid Kapoor is back with another gritty drama, Kabir Singh. And this happens to be his first remake in his 16 years of career. The film is a remake of the Telugu blockbuster Arjun Reddy which starred superstar Vijay Deverakonda. This afternoon, the film's trailer was finally launched and we got a glimpse of the gritty and drama filled story of Kabir. 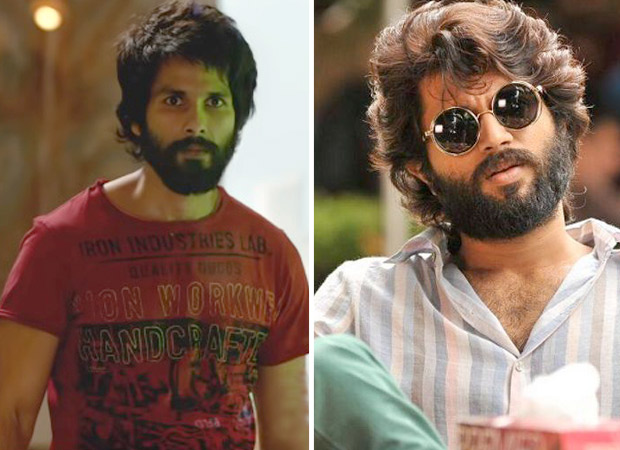 At the trailer launch, Shahid Kapoor said, "Kabir Singh is a very special film as it is straight from the heart. This heart belongs to Sandeep and it got broke. I don't know how many times his heart was broken. Don't take the story wrong just because so much alcohol and smoking are shown. This is a very honest film. Kabir Singh is as honest as Tommy Singh of Udta Punjab. I have always thought that cult films should not be remade. Arjun Reddy is a cult film. But I am glad that we made the remake as Kabir Singh depicts the honesty and intensity."

After the trailer was unveiled, Shahid opened about the darkness of his role. "It has emotions and has a lot of dark moments also. We haven't tried to change the world of Kabir Singh. It is very similar to Arjun Reddy. I really want people to see the honesty of Kabir Singh. Don't judge the film or its language from the trailer. Watch the film for its soul. Only then you'll know the headspace and journey of the character," he said.

With a remake, the comparisons will be made between Shahid and Vijay. Speaking on the same, Shahid added, "Rediscovering the character is challenging. I loved Vijay's work. When I met Sandeep, we both wanted to search Kabir Singh's soul and offer his personality to the audience. If you connect with the love story between Preeti and Kabir or if you have had a broken heart, you will understand the intensity of the film," said.

Talking about reinventing a character which had already become a fan favourite, he said, "I don't think I can comment on my own performances. But I score it high when it comes to difficulty. This is my first remake, so there is already a film to compare my work with. It is a thin line between making it too different that it looks like a totally different film, and make it like the original one."