Last Updated 29.09.2022 | 11:06 PM IST
feedback language
follow us on
Bollywood Hungama » News » Bollywood Features News » Kartik Aaryan gets teary-eyed as he salutes his mother for her fight against cancer; recalls attending chemotheraphy sessions during the shoot of the song ‘Tera Yaar Hoon Main’

The young and talented superstar, Kartik Aaryan has been a long-time supporter of the fight against cancer and one reason that makes him even closer to the cause is having seen his mother fight the battle. 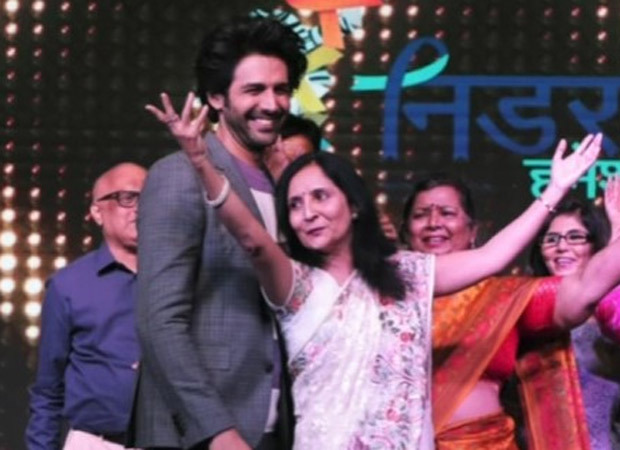 Kartik Aaryan gets teary-eyed as he salutes his mother for her fight against cancer; recalls attending chemotheraphy sessions during the shoot of the song ‘Tera Yaar Hoon Main’

Recently, the actor had attended a private event as a chief guest for cancer prevention and the fight against the disease where he felicitated the survivors which also included his mother. Today he shared a small video of her dancing on the stage with his song, 'Tera Yaar Hoon Main' playing and a clip of his speech where you could see the young star getting teary-eyed.

Known to be a big mumma's boy, Kartik wrote an emotional and heartfelt caption with the video that read, "From going for chemotherapy sessions during the shoot of these songs, to now dancing on stage on the same- The journey has been arduous! But her Positivity, Fortitude, and Fearlessness kept us going. Today i can proudly say: My Mom fought the battle against cancer and WON. And for that we are all stronger. I am so so proud of you Mummy and I pay my respects to all the people who could not make it and to all the people who have shown courage fighting this disease."

On the work front, Kartik has a bag full of big-ticket films in his kitty including Shehzada, Freddy, Captain India, Bhool Bhulaiyaa 2 along with Sajid Nadiadwala's untitled next.

ALSO READ: Kartik Aaryan and Kiara Advani to begin shooting for their untitled love saga after wrapping up Bhool Bhulaiyaa 2?