Last Updated 04.12.2021 | 7:23 PM IST
feedback language
follow us on
Bollywood Hungama » News » Bollywood Features News » Kartik Aaryan and Alaya F share pictures and videos from the sets of Freddy as they wrap the shoot of the film

Kartik Aaryan has been on a roll lately with announcements, updates, and more about the films in his heavy lineup. Alaya F too has been busy shooting for upcoming projects. The duo is a fresh pair-up that will grace the screens in their upcoming next Freddy. 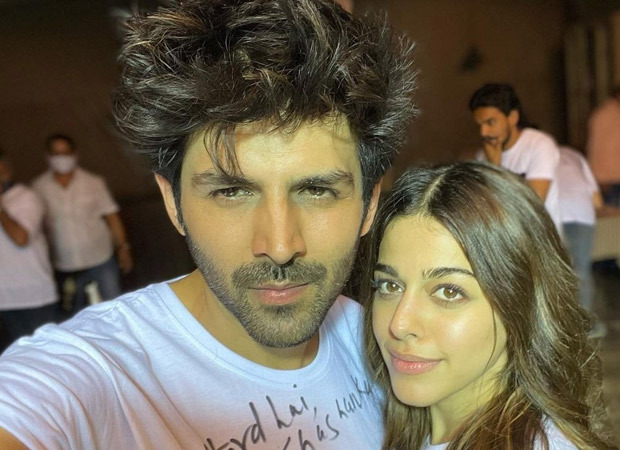 Taking to his social media, Kartik Aaryan shared, "Its a Wrap !! A character that will always stay like a shadow with me #Freddy will see you at the theatres "

His caption on the post speaks volumes as he writes, the character will always stay like a shadow with him.

Kartik Aaryan is on a shooting spree, the actor recently finished the schedule for Bhool Bhulaiyaa 2 and after that, he began the shoot for Freddy. He took no break in between and finished the shoot for the film in a short span of time. Today when Kartik announced the schedule warp of the film by taking it to his social media, he left his fans wondering how is he finishing the shoot so quickly. Farah Khan commented on his post asking, "How fast r u finishing movies???"

Alaya too took to her Instagram handle to share a series of photos and videos from the sets of the film. "Ready, steady, Freddy!!???? IT’S A WRAP!!???? the most wonderful set with the most wonderful people! Feeling super blessed and super grateful to be a part of this incredibly special film,"she captioned the post.

The shoot for Freddy started in the early days of August and the film is now wrapped up in a short period of time. Kartik has been 'all work and no play' about this film. The duo shot for the first schedule in Mahabaleshwar and continued for the second schedule soon after they returned to Mumbai.

Apart from Freddy, Alaya F has an untitled movie with Anurag Kashyap and U Turn with Ekta Kapoor in her lineup. For Kartik on cards are Dhamaka, Freddy and Bhool Bhulaiyaa 2.