I remember Ashiesh Roy from the time when he had no ‘i’ in his name. He was talented warm, enthusiastic and eager to be written about . In our country only stars are written about. Ashiesh was not a star. But I made it a point to mention him in my film reviews. 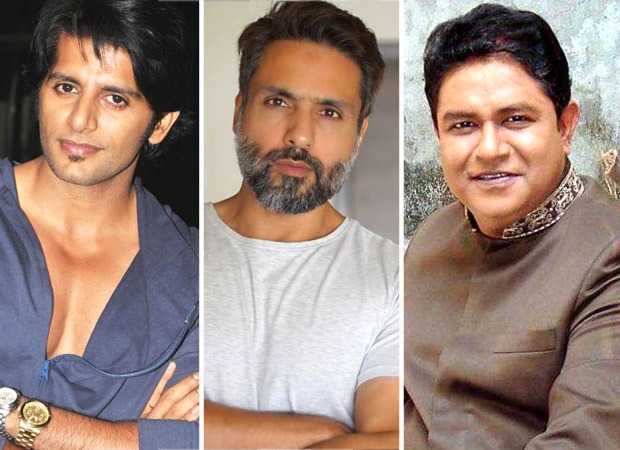 In my review of one of his last feature film Barkhaa I wrote, “But the film's finest performance comes from Ashish Roy as the level headed unbelievably kind bar owner. Roy imparts a natural ease to his over-sweetened part in a film where everybody strains to make an impact.”

He was quick to respond. No word of kindness went unnoticed. Ashiesh was starved for praise and attention. He was a very funny actor who could also play sombre characters equally effectively. In Rupali Chatterjee’s Amras his character Parimal Tripathi was named after Dharmendra’s character in Hrishikesh Mukherjee’s Chupke Chupke.

I lost touch with him, only to find him in the news recently for his illness and his desperation to pay his medical bills. It was horrifying to realize that after decades in showbiz Ashiesh had no savings to fall back on.

Now that Ashiesh is gone one of television’s topmost actor Iqbal Khan is very upset. Says Iqbal, “In this industry you can’t call anyone your own. It’s very regrettable. Every time a tragedy like this happens I realize that you are recognized for your work. What or who you are as a human being is strictly between you and your God. When your work is going well, people recognize and acknowledge you. Once that phase passes all your good work is forgotten. I didn’t know Ashiesh personally. I had seen a lot of his work. May Allah bless his soul. He has finally found peace.”

Karanvir Bohra can’t believe Ashiesh is gone. “Oh My God! Is he gone? This is soo sad. Such a lively guy, full of plans. He had ideas galore. He was always upbeat and enthusiastic. It’s a sad sorry state of affairs. For the last ten days I’ve been depressed because my father was in the hospital. No one should be in a hospital. It’s so depressing. I hope Ashiesh was at home when the end came. Om Namah Shivay!”