Kangana Ranaut is known to take up challenging roles. The actress, who will be next seen in Manikarnika - The Queen Of Jhansi, will essay the role of the brave Rani Lakshmibai. The actress has been hustling hard for the film. But, besides this historical film, she is also doing several projects which are different in genres. One of the films is recently announced Panga which will be helmed by Ashwiny Iyer Tiwari and other one is Mental Hai Kya. 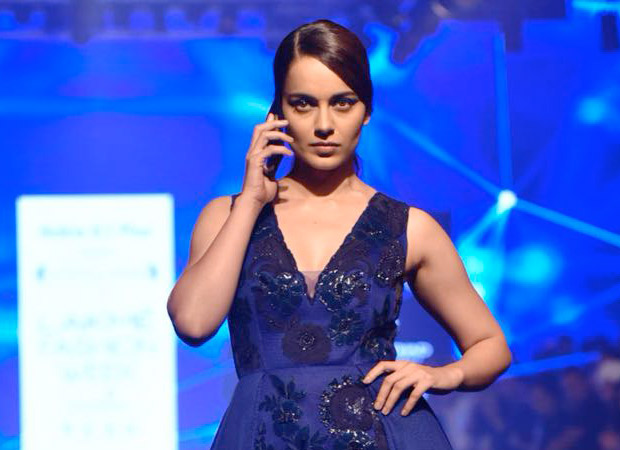 Speaking about Panga and why she chose to a sports film, she revealed that like other sports, Kabaddi has been a largely neglected sport. She said she used to play Kabaddi during her childhood. But, the film is not only about the game but also family which has been woven by Ashwiny Tiwari and Nitesh Tiwari. Even though the film requires her to be at her physical best, she is isn't much worried about it as she has trained for her film Manikarnika. Compared to that, Panga is little on softer side for her. So, when the film goes on floor, she will be ready for it.

Talking about her other film Mental Hai Kya which seems more like a quirky role, she said she wanted to do a film which has two different versions with both being right according to the narrative. Kanika Dhillon, who has written the story, has a written a beautiful and fresh script according to Kangana. The Prakash Kovelamudi directed film has a quirky take to it and has trippy feels. The film is still under production and is set for February release.

Meanwhile, Kangana is also reuniting with Anurag Basu after eight years with Imali. Though they haven't worked in a while, they have grown with each film. The actress admitted that whatever she learned about acting was because of Anurag Basu when they did Gangster. Now, working with him again after several years feels special to her as she has grown as an actress. But, Imali has been pushed to next year as Kangana is giving her time to Manikarnika. She also had to cancel Lonavala schedule of Mental Hai Kya due to the film but her director was considerate about it.

Speaking of the delay that Manikarnika has faced, the director Krish had given his dates to another film and he could only give dates to them after that. So, the makers had a choice to make between Independence Day 2019 or Republic Day 2019. They chose the latter. She revealed that certain transitional scenes have to be shot before the release and she has assured the makers that she will give her maximum time to the film even if that means she has to shift dates or give up her personal time. Basically, from 8 am till post midnight, she gives her time for the completion of the film. As of now, Manikarnika - The Queen of Jhansi is scheduled for January 25, 2019 release.

Also Read: Kangana Ranaut harbors political aspirations and here’s what she wants in the future