Kangana Ranaut is in the midst of promoting Dhaakad and the actress, needless to say, is her candid self while speaking to the media. In a recent interview with ABP Live, Kangana had some interesting comments to make about the ongoing Bollywood vs South row. While she came out in support of Mahesh Babu recently, the actress also spoke about how actors should have a kind of connect with their audiences. 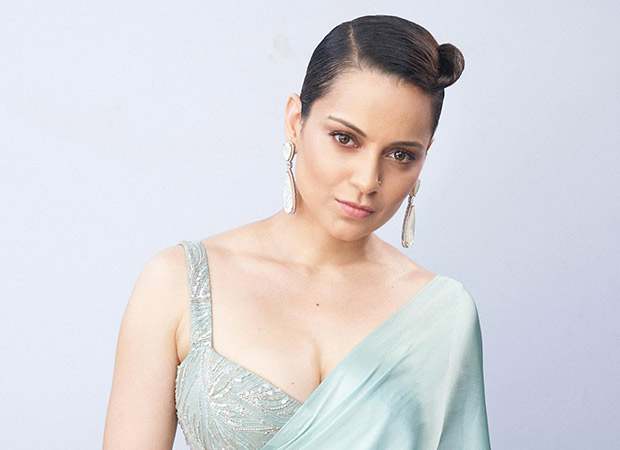 Comparing South actors to Bollywood, Kangana Ranaut said in her statement that they share a strong connect with their audiences. Citing the Allu Arjun starrer Pushpa as an example, Kangana mentioned that the film tasted success because of how a common man and even the labourers could connect with the character of a labourer portrayed by the South superstar. On the other hand, the Dhaakad actress feels that Bollywood actors lack that connect.

Continuing with the South vs Bollywood comparison, Kangana went on to state that Bollywood actors talk in English, watch only Hollywood films, eat only with knife and fork and even talk differently. The actress also pointed out that star kids are also foreign educated. Adding further, she spoke that they all look weird like boiled eggs and that their entire look is so different that people are unable to relate. She also maintained that her intention is not to troll anyone.

Speaking about her forthcoming film Dhaakad, it will feature Kangana Ranaut as Agent Agni in an action packed avatar. The actress is expected to have undergone extensive training in combats and other forms of action. The spy thriller also features Arjun Rampal and Divya Dutta in pivotal roles. Written and directed by Razneesh Ghai, the film is slated to hit the big screens on May 20, 2022.