Kangana Ranaut is very well known for honestly expressing her thoughts on several topics. Recently, the actress appeared on The Kapil Sharma Show along with the team of Dhaakad to promote the film. On the show, she took a dig at the Hindi film industry and several actors in the industry. 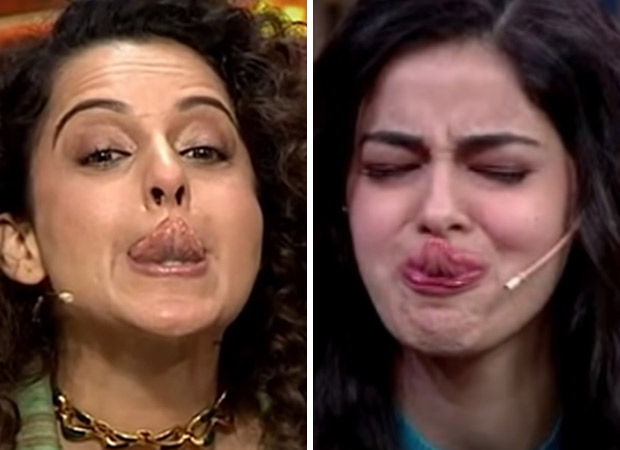 The show has a segment called post ka post-mortem where Kapil handpicks social media posts of the celebrity guests and reads a couple of comments on the posts for the celebrities to react. During the segment, Kapil asked Kangana, the meaning of the term Bolly Bimbo which she had used in one of her posts on Instagram. In reply to the question, Kangana attempted to touch her nose with her tongue. The actress was mimicking Ananya Panday who had earlier joked that touching her nose with her tongue was one of her talents. While Kangana did not take Ananya's name, fans were quick to connect the dots. According to Kangana, those who say “I can touch my tongue to my nose” are Bolly bimbos.

Kangana often takes a jibe at Karan Johar and the star kids who have joined the film industry, Ananya was launched in the industry by Karan Johar's film Student of The Year 2 in 2019.