The 45th annual Kennedy Center Honors took place on Sunday night in Washington, D.C., drawing a star-studded audience. The contributions of Gladys Knight, Amy Grant, George Clooney, Tania León, and U2 to American culture were honoured. At the occasion, a number of celebrities, including Julia Roberts, Matt Damon, Don Cheadle, Eddie Vedder, Brandi Carlile, and many more, gave the performers their due. Among those present at the gala were Vice President Harris, President Biden, First Lady Jill Biden, and Second Gentleman Douglass Emhoff. It’s no secret that Julia Roberts is a long-time fan of her Ticket To Paradise co-star, George Clooney, but no one could have predicted the way she chose to make that plain at the Kennedy Center Honors 2022. Julia and her stylist Elizabeth Stewart asked Jeremy Scott, a jovial fashion enthusiast, to create a one-of-a-kind gown embellished with framed images of George Clooney from both his past and present. 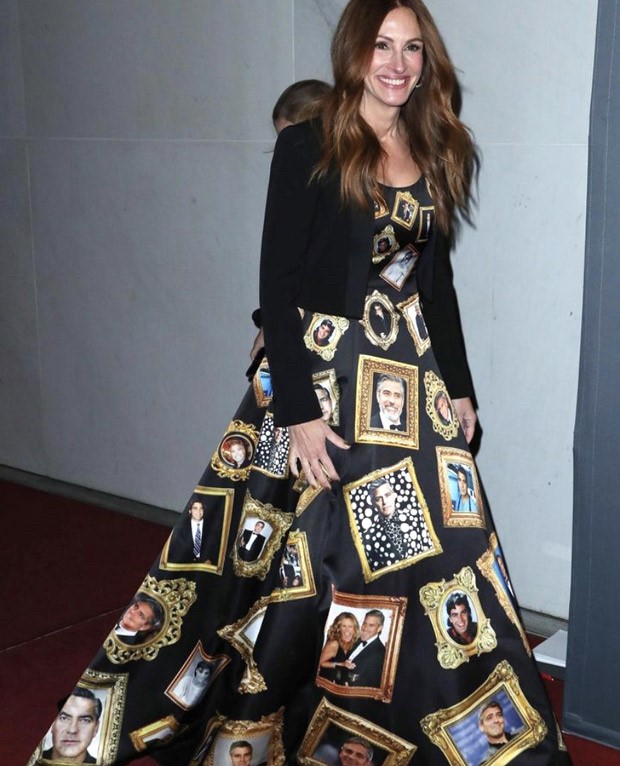 The satin Moschino outfit contained previous pictures of the actor as well as images of George dressed as Doug Ross from ER, accepting his Cecil B. DeMille Award at the 2015 Golden Globes, and laughing together in an unguarded moment. Julia put a cropped jacket over the surprising dress. She finished off the look with understated Chopard jewellery and loose, wavy hair. Clooney and his wife Amal attended the event, which recognised people working in the performing arts business. Clooney was one of five honourees that night. 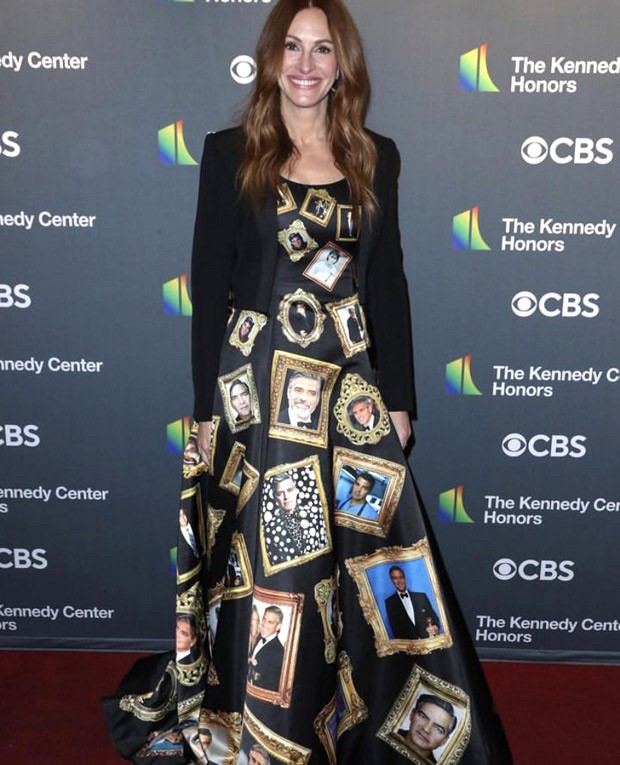 For those unaware, Julia Roberts and Geroge Clooney have been friends for decades now. They were recently seen sharing screen space in Ticket To Paradise and have earlier co-starred in Ocean's 11.