The diva Jacqueline Fernandez, well known for her skills was seen performing pole dance in a video posted by her friend. The actress has treated the fans with glimpses of her performing a pole dance in many songs. 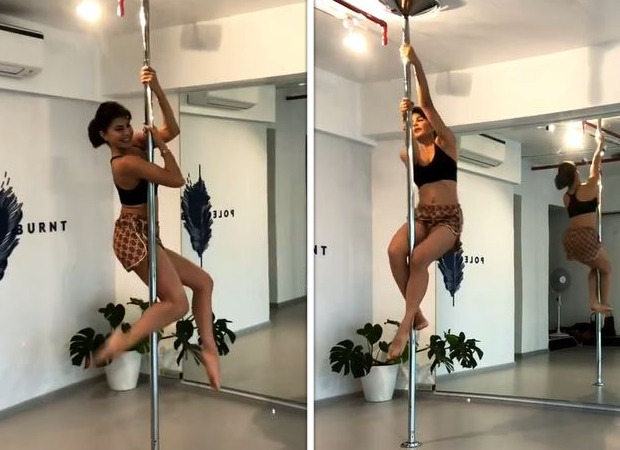 The actress is skilled at many things and knows all her dance forms well. Nailing all forms of dance including pole-dances, Jacqueline gets back to it time and again. 'Heeriye' from Race 3 and 'Chandralekha' from the film A Gentleman were two songs from her films where the audiences witnessed the actress performing proper pole dance.

Jacqueline's recently released song 'Paani Paani' has been a massive hit and has made it to everyone's favourite playlist. The actress also launched her foundation as her contribution in the fight against Covid. On the work front, the actress will be seen in Kick 2, Bhoot Police, Bachchan Pandey and Ram Setu.

ALSO READ: Jacqueline Fernandez interacts and plays with children at the OSCAR Foundation