Ishaan Khatter, who made an impactful debut with Beyond The Clouds and with Dhadak in Bollywood, seem to have got a rare opportunity of sharing the frame with veterans, albeit for a magazine. This month’s Filmfare edition that celebrates the achievements of actors last year will feature this photo of Ishaan Khatter in the same frame with Sanjay Leela Bhansali, Hema Malini, Gulzar, Sriram Raghavan and Badhaai Ho star Gajraj Rao. 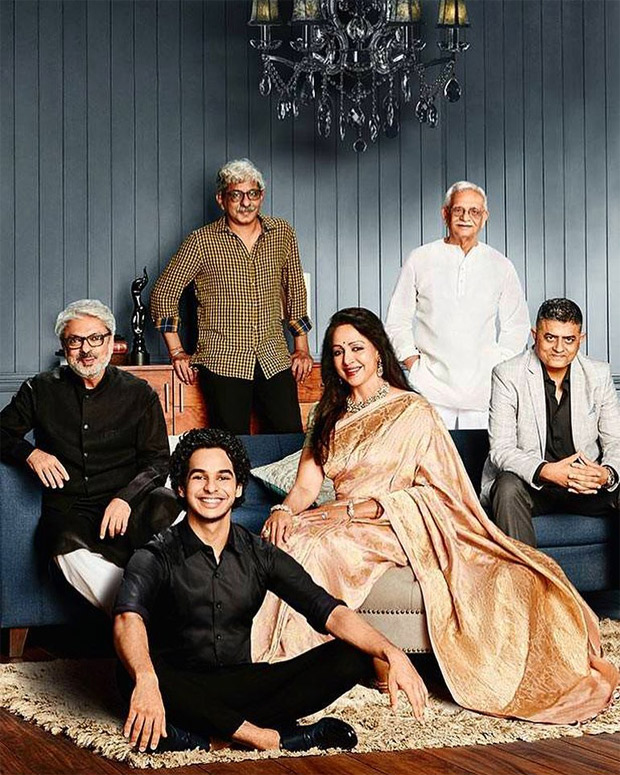 Ishaan Khatter, who is quite active on Instagram, shared the honour of his first award and also the opportunity to pose alongside such industry stalwarts by posting this picture. He also captioned the said photo saying, “Honoured to be a part of this frame!”

Honoured to be a part of this frame!

Ishaan Khatter, who won the Best Debut award for his film Beyond The Clouds, posed alongside the other winners of the Filmfare Awards 2019. Sanjay Leela Bhansali won the black lady for Best Music Album which was for his film Padmaavat whereas Gulzar bagged the award for Best Lyrics of the song ‘Ae Watan’ from Raazi. On the other hand, Gajraj Rao shared the Best Supporting Actor award that he won for Badhaai Ho with Vicky Kaushal for Sanju.  Sriram Raghavan won it for Best Screenplay in Andhadhun which incidentally also won the award for Best Film in Critics category. Hema Malini received the Lifetime Achievement award this year for her immense contribution to Indian cinema with many films to her credit.

Also Read: Ishaan Khatter works out in Tiger Shroff’s gym, gets a compliment from Tiger