Fans of old films will recollect the trendy looks of Amitabh Bachchan accompanied with his rather stylish shades. It seems that his Abhishek Bachchan too was on a nostalgic mode this weekend when he decided to share this throwback photo of one of his fondest memories. 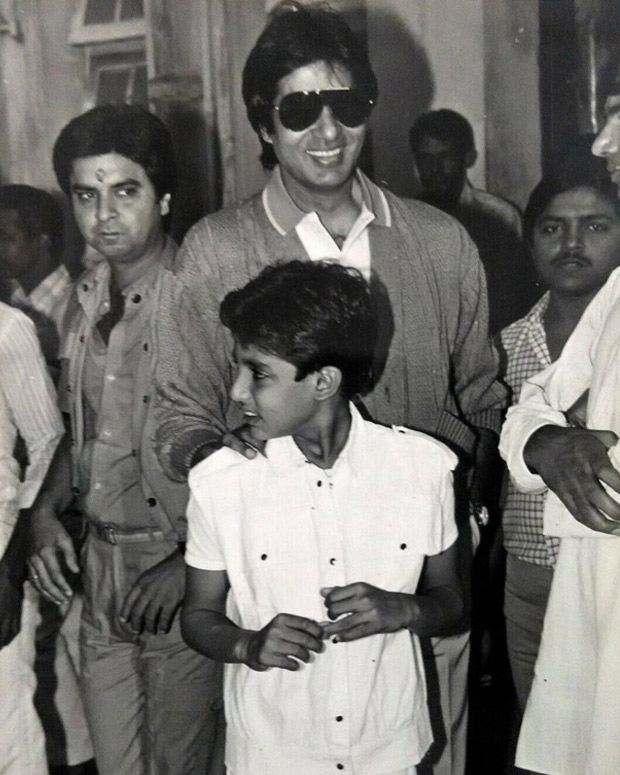 It is not the first time when Abhishek Bachchan shared a picture from the older diaries. The actor keeps posting such nostalgic memories about his father and his childhood during many throwback Thursdays and Flashback Fridays. Going by the latest photo, it seems that Abhishek Bachchan had accompanied his father during one of the public events. Although the actor hasn’t revealed any details about the picture in the caption he posted on Instagram.

Abhishek Bachchan, who recently returned from a relaxing vacay with his ‘girls’ – wife Aishwarya Rai Bachchan and daughter Aaradhya Bachchan, is all set to resume work again. While he is expected to have shot for an Anurag Basu film recently, there are also speculations that the Manmarziyaan actor may collaborate with his wife soon.

As for his father Amitabh Bachchan, he is currently enjoying the success of his last hit Badla. However, he is also gearing up for a couple of releases which include the superhero sci-fi drama Brahmastra and Nagraj Manjule’s Jhund.

Also Read: We can’t help but be in awe of Amitabh Bachchan as he addresses Abhishek Bachchan as his ‘dearest friend’