India is celebrating its 74th Army Day today. Army Day is celebrated on January 15 every year to honor the soldiers of the country, who have set the greatest example of selfless service and brotherhood and more than anything the love for the country. As we all know, the love for our brave soldiers and telling their story has been a very old engagement in Bollywood, something which has been done by Bollywood star Sanjay Dutt profusely. 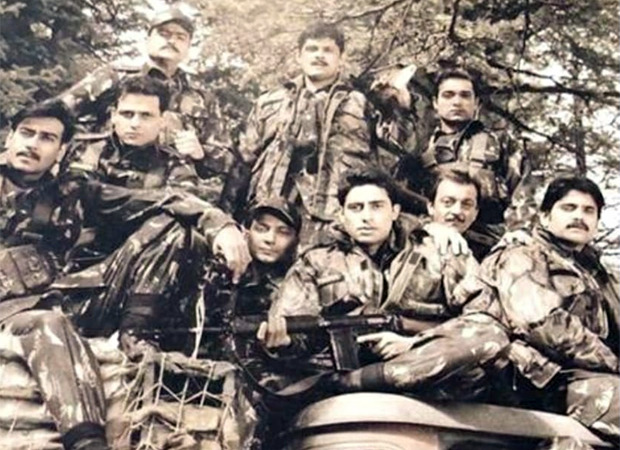 Giving a tribute to the soldiers, Sanjay Dutt took to his social media, and shared a throwback picture from the sets of  LOC: Kargil, where in the caption he wrote, "Saluting the courage and bravery of our Indian Army who has always stood strong, even in the most unfavorable conditions. We, as entertainers, can only try to portray your unparalleled commitment on the screens. ???????????????? #ArmyDay"

Saluting the courage and bravery of our Indian Army who has always stood strong, even in the most unfavorable conditions. We, as entertainers, can only try to portray your unparalleled commitment on the screens. ???????????????? #ArmyDay pic.twitter.com/7jmSHa8zRH

To commemorate the special day, here's a look at some of Dutt's movies which made us all bask in the glory of the nation and give a grand salute to our brave soldiers.

1. Tango Charlie
Tango Charlie is a 2005 Indian war film written and directed by Mani Shankar, starring Sanjay Dutt, Ajay Devgn and Bobby Deol in pivotal roles. The film talks about the fact that real soldiers are not born, but bred. The story primarily focuses on the life of Indian army sepoy, who is given the work to proceed to the Northeastern part of India where lots of riots and violence are taking place and people are suffering. Sanjay Dutt essayed the role of Squadron Leader Vikram Rathore in the film.

2. Deewaar: Let's Bring Our Heroes Home
The movie is touted as the first Hindi film that talks about the great escape of Indian POWs from Pakistani soil. Deewar is a stirring example of courage and the indomitable human spirit. It thrillingly celebrates the heroism of men who never gave up the fight. Sanjay Dutt essays the role of Khan, who aids Gaurav (Akshaye Khanna) out of the captive of Pakistan and helps him get back to his homeland. Dutt's performance in the film won him plaudits to his name, and made him shine as a performer.

3. Torbaaz
Sanjay Dutt-starrer Torbaaz, which was recently released on an OTT platform, is a story of hope which helped a group of children in Afghanistani refugee camps dream and strive for a bright future. The actor essays a retired officer, Nasser, who served in the Indian Army as a doctor. Sanjay Dutt's Torbaaz was a highly emotional story of beautiful and innocent people who live in a war-torn country.

Apart from giving out these stellar performances, Sanjay Dutt will now be next seen in Toosidas Junior, KGF Chapter 2, Shamshera and Bhuj: The Pride Of India.

ALSO READ: Sanjay Dutt on working with Prashanth Neel for KGF: Chapter 2 – “It was my first time working with him and I had all the comfort from him”