Zee TV recently launched a new show, Hamariwali Good News, which presents a heart-warming story showcasing a unique role reversal between a daughter-in-law - Navya (Srishti Jain) and her mother-in-law - Renuka (Juhi Parmar) to give their family the much-awaited Good News. While versatile actress Juhi Parmar plays the role of Renuka, who is the mother-in-law and the lifeline of the Tiwari family; Shakti Anand is seen essaying the pivotal character of Mukund, who is Renuka's husband and Navya father-in-law. 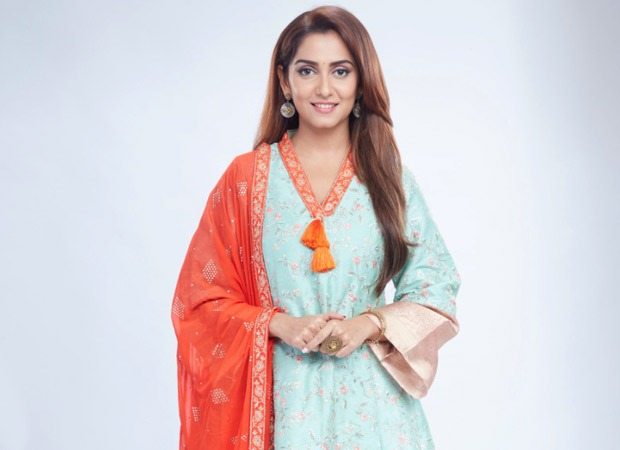 While we've seen a lot of drama take place at the Tiwari house over the last couple of weeks, the next few days will witness some more high voltage drama as Renuka will be seen getting arrested by the police. While this twist will leave the audience stunned, our very own Navya’s bravery on set really left everyone speechless. Actress Srishti Jain was supposed to ride a scooter for an important sequence and while she had a couple of practice runs and all the safety measures were in place, she had an accident and fell off the scooter. Though bruised and visibly hurt, Srishti got up and continued to shoot. She aced the sequence despite being injured, showcasing her dedication to the show and her fans.

Talking about the incident, Srishti revealed, “There was a scene in Hamariwali Good News, where I had to ride a two-wheeler. While I had done a few shots on the same scooter earlier, I guess luck was not with me and somehow, I lost control on the slightly uneven road. I injured my arms, legs, and the side of my chest, but the show must go on, right? I did not want to disappoint my fans and hence, I just got up and started shooting once again. It did hurt, but with god’s grace, it wasn’t a big accident. I am grateful that nothing major happened. I am better now, and I hope to keep entertaining my fans as Navya Tiwari.”

Also Read: Here’s why Srishti Jain was scared of Juhi Parmar on the sets of Hamariwali Good News