It's party season already. While parties being kept intimate, it seems like Karan Johar hosted a small gathering at his place on Monday night. The night saw the attendance of big names from Bollywood. 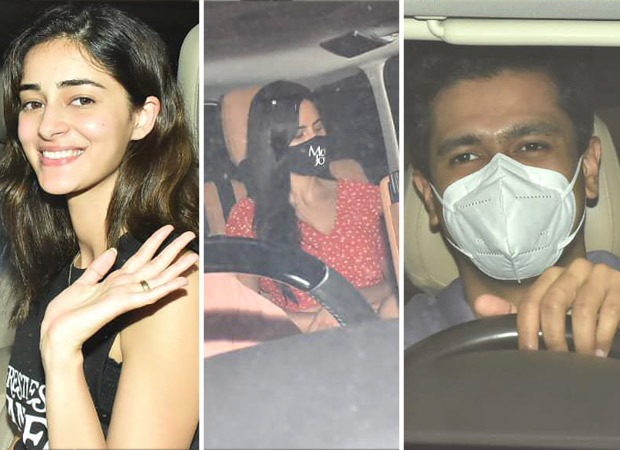 Katrina Kaif and Vicky Kaushal were in attendance. The pair have been rumoured to be dating since last year after they were snapped at several parties together. Though they have not confirmed their relationship, rumours are rife that they are very much together. They arrived separately at Karan Johar's residence as paparazzi clicked pictures.

Ananya Panday was also one of the guests who was seated on the front seat and waved at the paparazzi. The party also saw the presence of Kabir Khan, Mini Mathur.

On the work front, Katrina Kaif is busy prepping for her superhero franchise whereas awaiting the release of Sooryavanshi. Vicky Kaushal is waiting for Sardar Udham Singh to release. He has begun shooting for YRF's next with Manushi Chhillar.