Last year, in the month of February, Bollywood was shocked to hear the news of the demise of one of its biggest superstars – Sridevi. Of late, there have been many throwback pictures of the actress that has been doing the rounds on social media. One that caught our attention was this one where we see Sridevi sitting alongside Salman Khan, Rajinikanth and Neelam Kothari. The picture seems to be quite old and if fans are to be believed, it was supposedly clicked in 1996. 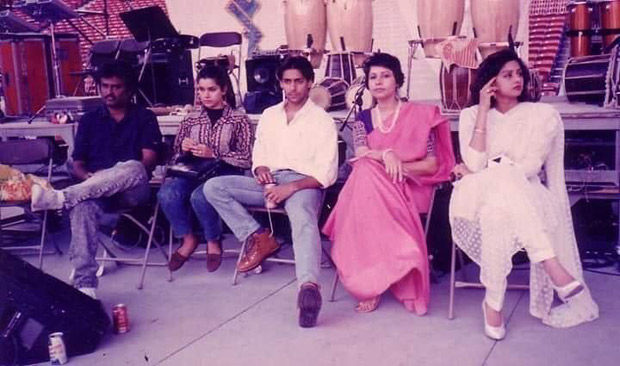 Just a few days ago, Amitabh Bachchan remembered his Shahenshah co-star in one of his social media posts where he reminisced about taking her to the Wembley stadium for the first time and she was accompanied by a young Aamir Khan and Salman Khan. Followed by that, the social media went into tizzy sharing some of these fond memories of the actress from the 90s.

In this picture the actress is seen sitting alongside Salman Khan with whom she has featured in two films, namely, Chandra Mukhi and Chaand Ka Tukdaa. She has also starred with Rajinikanth in many South films including her debut 16 Vayathinile, which marked her return after being a child actor.

Coming to her Bollywood career, Sridevi has given several blockbusters during the 80s to the 90s era, from Chaalbaaz to Judaai, the actress also went on to make a comeback in 2012 with English Vinglish and then she also featured in Mom, both of which turned out to be money making films at the box office.