Well, the celebrations of the much awaited Soundarya Rajinikanth and Vishagan Vanangamudi’s wedding has already kicked off this weekend. Unlike the Bollywood style, the doting father Rajinikanth planned a pre-wedding reception for his daughter and son-in-law. While it was a private event which saw only family, closed ones, the wedding is expected to be held on February 11. Family members, Aishwarya Rajinikanth and Dhanush were a prominent part of the pre-wedding reception. 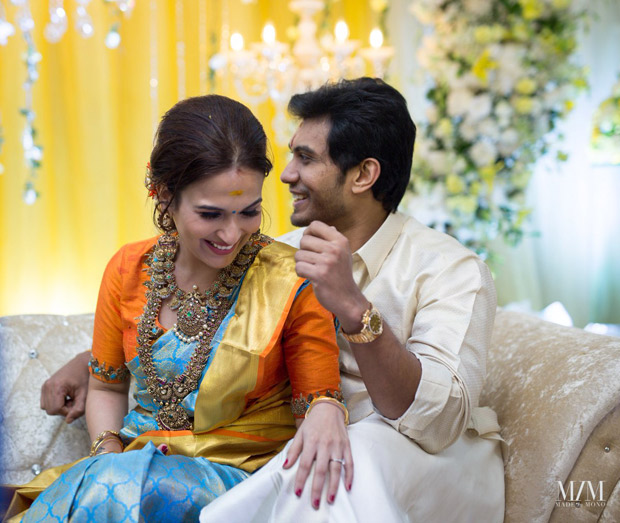 Soundarya Rajinikanth turned into a quintessential South Indian bride in a blue and orange pattu saree whereas Vishagan Vanangamudi decided to keep it traditional with mundu veshti and shirt. While the family is yet to share glimpses of the ceremony, not surprisingly, the photographs have already started doing rounds on social media. Fan-clubs seem to love the look of the bride and groom and now, the photos have viral on many platforms. 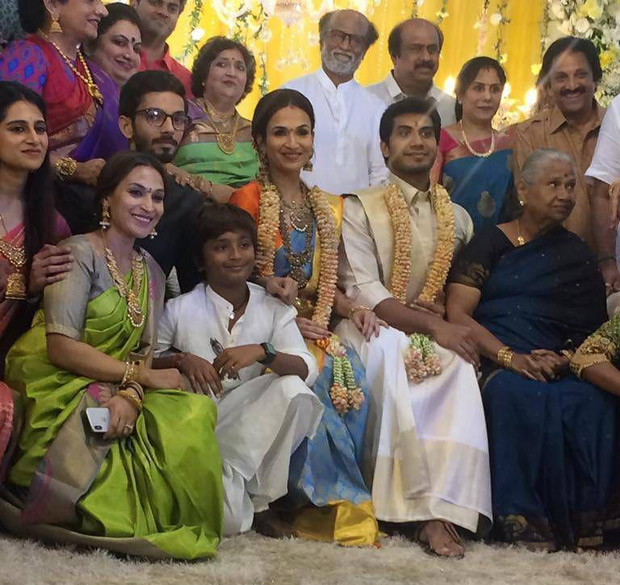 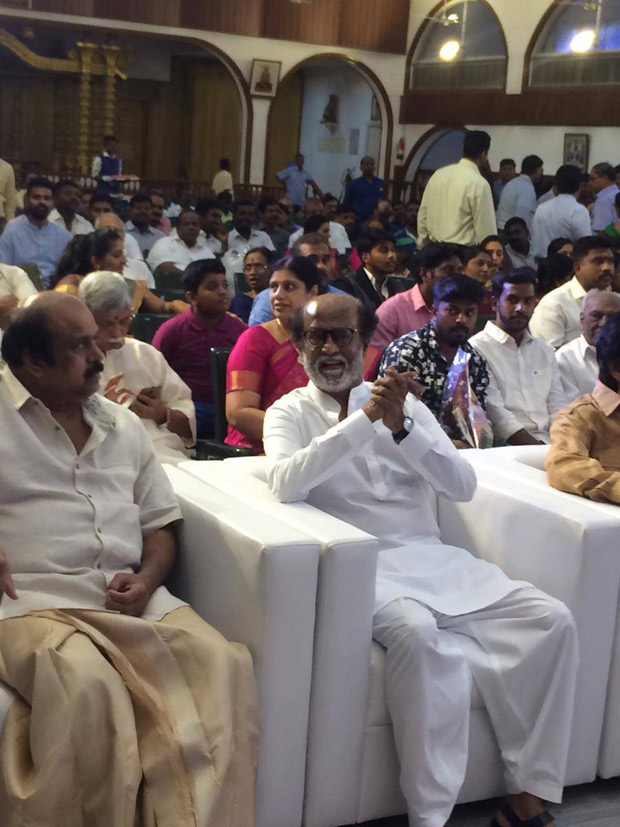 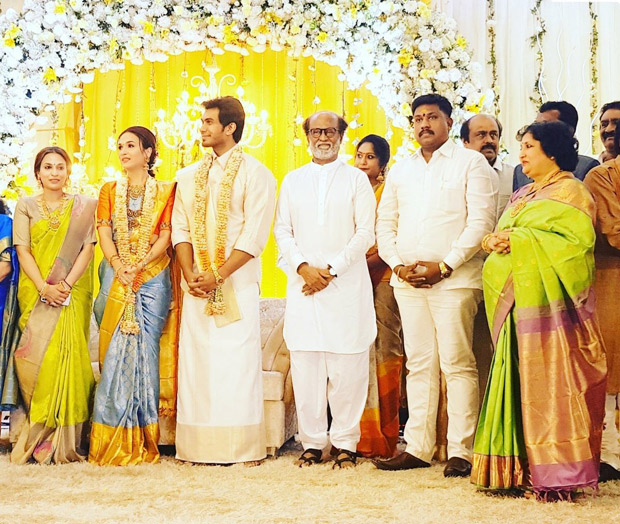 Speaking of the wedding, while the rumours have been doing the rounds for quite some time now, Soundarya Rajinikanth confirmed her wedding with businessman-actor Vishagan Vanangamudi on social media earlier this week. The VIP 2 filmmaker posted a picture of her pre bridal look on Twitter sending fans into frenzy over the news.

Furthermore, there have been many other reports about the wedding and Latha Rajinikanth is expected to have requested for heavy security for this high profile wedding. The South megastar Rajinikanth has extended personal invitations to many A-list stars like Kamal Haasan and Sivaji Ganesan’s actor-son Prabhu and his family this week.

For the uninitiated, the VIP filmmaker Soundarya was earlier married to Ashwin and later, they got divorced in 2017. The couple also has a son named Ved Krishna.

Also Read: Rajinikanth and Kamal Haasan hug it out in this picture and it makes us wish if they would collaborate soon!