It has been a whole year since Sridevi passed away and it still doesn’t seem believable that the legendary actress lost her life in a freak accident while she was attending a family wedding in Dubai. Sri passed away on February 21 but according to the Hindu calendar her death anniversary falls on February 14. That is when Boney Kapoor has planned a special Pooja to pay respects to her. Janhvi Kapoor, Khushi Kapoor and the Kapoor family including Arjun Kapoor, Anil Kapoor, Sunita Kapoor will join in. The ‘barsi’ will be held in Chennai, which is Sridevi’s hometown. While she passed away in Dubai, Boney made sure that he did her last rites in Rameswaram, according to the Tamil tradition. Sri was a religious person and her family has made sure to respect her wishes. 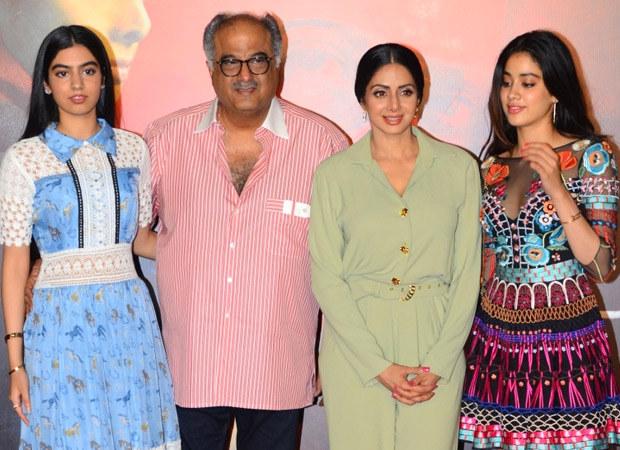 Janhvi Kapoor, who made her debut in Dhadak, soon after her mom passed away spoke about how it has been a devastating experience for the family and she could not wrap her head around it because she was most attached to her mom. She channelized all her pain in her performance in Dhadak. She still answers questions about her mom’s sudden death and gets all teared up in the process.

Janhvi Kapoor’s next film is the Gunjan Saxena biopic and she will later be seen in Takht with a bevy of stars. Karan Johar has taken her under her wing after Sri’s untimely demise and has been mentoring her since.

Also Read: Did you know? Anil Kapoor TOUCHED Sridevi’s feet every time they met? Here’s why