One of the highly awaited films of the year is Bharat starring Salman Khan and Katrina Kaif in leading roles. The film, helmed by Ali Abbas Zafar, is his third collaboration with both the stars. While Ali and Salman have given two blockbusters with Sultan and Tiger Zinda Hai, they intend to do the same this Eid as well. In the film, the Salman is set to sport several looks for different eras. 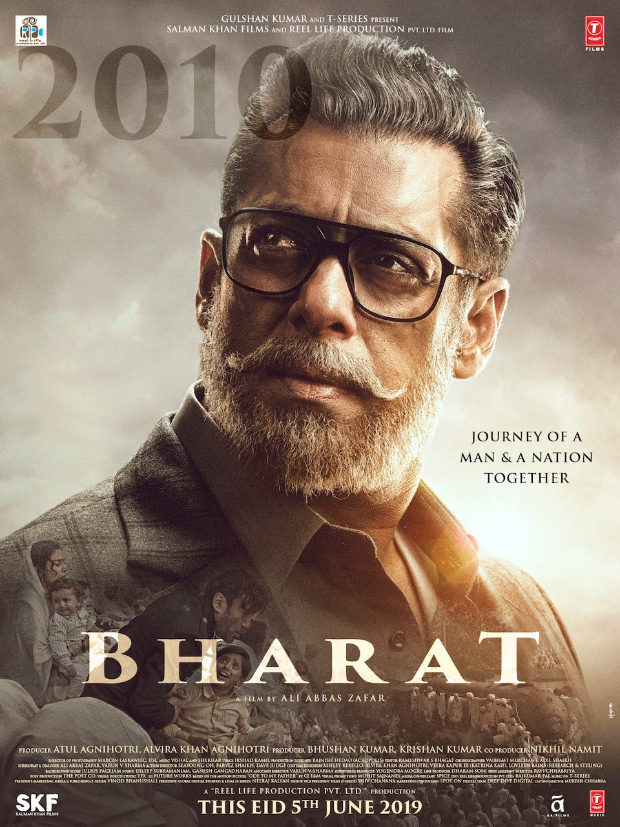 On Monday morning, the makers of the film shared the first glimpse of Salman Khan as an old man. Sporting grey hair, beard and moustache, Salman is seen wearing glasses in this first intense look. In the poster, one can see a glimpse of Jackie Shroff and a woman carrying a young boy. It looks like a scene from the partition.

Salman Khan will be seen sporting five different looks spanning over 60 years, including a crucial part which will showcase the actor in his late 20s, looking much leaner and younger.  The trailer of the film will be out on April 24.