Did we just see contemporary Hindi cinema’s luckiest month between August 15 and September 13? For the first time ever, since the Rs. 100 crore club began, four consecutive films—Mission Mangal, Saaho (Hindi version), Chhichhore and Dream Girl crossed Rs. 100 crore nett collections. Note, of course, that there was no release on August 22. 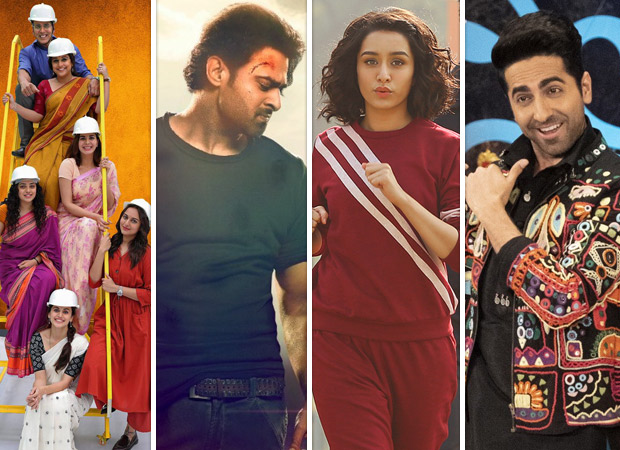 On the same (Independence) day as Mission Mangal, the film Batla House also opened, and was a decent success. Made almost at the same cost as the Akshay Kumar film, the film (as on September 25) was reportedly just 76 lakhs short of the magic figure!

This must be the nearest any film went to the Rs. 100 crore club along with Ek Tha Tiger in 2012 and still did not make it! And strangely enough, if Batla House does crawl past Rs. 100, this list will include five films in as many Fridays!

Indeed, this year has been a bountiful year, with 12 new Rs.100-crore club members already in the first 9 months, with the only exception being the month of April. February (Gully Boy and Total Dhamaal), June (Bharat and Kabir Singh), August (Mission Mangal and Saaho) and September (Chhichhore and Dreamgirl) had two members each.

Add URI - The Surgical Strike (January), Kesari (March), De De Pyaar De (May) and Super 30 (July) and we have a fairly bumper year that paradoxically yet again shows that 100 crore or more nett theatrical Indian business does not necessarily mean a hit or super-hit.

Let us first look at the four films we have spoken about: At Rs 200 crore-plus, Mission Mangal is a decided hit, while Saaho, which has done slightly better in Hindi (thanks mainly to Bihar and Odisha!!), is still a loser. From its Rs. 350 crore budget across all language versions, worldwide, the collections do not amount even to that much, whereas the breakeven figure for the distributors, for most movies, tends to be a minimum twice the production cost—that is, Rs 700 crore in this case!

By these standards, Chhichhore, as of now just short of the Rs. 150 crore mark in India, apart from its overseas business and revenue from all the rights is a clean super-hit due to its low production costs, and so is Dreamgirl.

Among the rest, in terms of facts, URI - The Surgical Strike (225+) and Kabir Singh (275+) are also super-hits, while Total Dhamaal and Gully Boy can be considered hits, and the rest average to break-even. 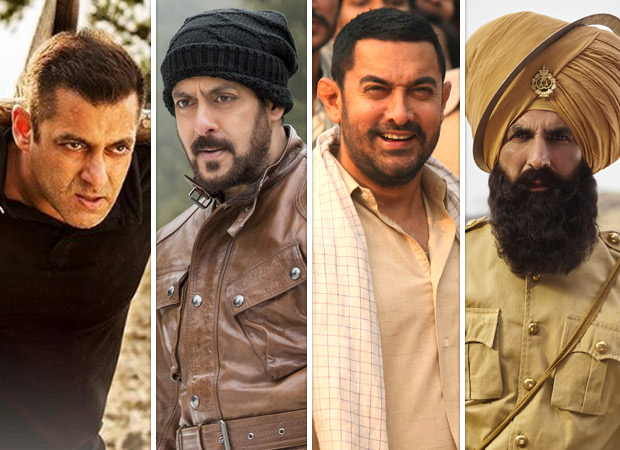 Among the rest, Indra Kumar (Grand Masti in 2013), Ali Abbas Zafar (Sultan and Tiger Zinda Hai—both of which had crossed Rs. 300 crore earlier) and Nitesh Tiwari (Dangal—which collected Rs. 387 crore) were no strangers to this club, while Anurag Singh (Kesari), Zoya Akhtar (Gully Boy) and Vikas Bahl (Super 30) made their debuts in the club, Anurag getting his first hit after the 2007 flop Raqeeb.

Entering the Rs. 100 crore domain for the first time were Rakul Preet Singh in De De Pyaar De, Mrunal Thakur in Super 30, Vidya Balan, Nithya Menen in her Hindi debut and Sanjay Kapoor in a supporting role (Mission Mangal). Madhuri Dixit-Nene, who had so far only played a cameo in Yeh Jawaani Hai Deewani, got her first lead in Total Dhamaal.

And finally, it is very clear that 2019 is set for more 100 crore films, and among the dead certs are War (October 2), Housefull 4 (Diwali), Dabangg 3 and Good Newwz in December. Add one of two possible dark horses among the rest, and we may well end up with 18 or more films this year! So far, 2018 ended up with 13 films in the 100-crore list (including 2.0) and this year is set to move far ahead.

In any case, out of 85 films in this list since it all began in Christmas 2008 with Ghajini, a record 35 films have been released in the last three years alone, signifying a healthy trend among audience to enthusiastically appreciate higher level of content both in masala as well as fresh and realistic stories, biopics or otherwise.

And new records will continue to be set.

Also Read: EXCLUSIVE: Nushrat Bharucha opens up about Dream Girl’s success and having a friend in Ayushmann Khurrana