Nushrat Bharucha has had quite a journey from the time she took up the Pyaar Ka Punchnama series. The actress has been starring in back to back hits including last year's blockbuster, Sonu Ke Titu Ki Sweety. With her recently release Dream Girl starring Ayushmann Khurrana in the leading role, she has continued her winning streak with the family entertainer. But, the actress is determined to take up more interesting roles in the future and continue to work hard. 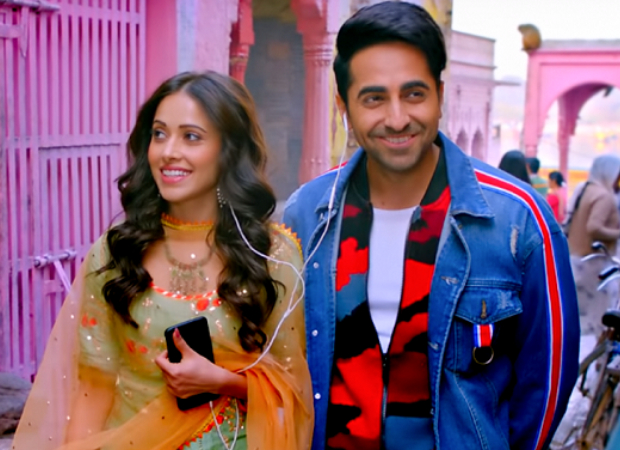 Speaking to Bollywood Hungama, Nushrat Bharucha revealed that after one and half hour of narration, 15 minutes later she said yes for the film because she loved the script so much. With the film being loved by the audience, Nushrat said, "The character, the story, everything. If it wasn't for the story, the characters intertwining with each other, the comic element wouldn't have been this good."

The audience has been enjoying all the characters. When asked about her favourite moments, Nushrat added, "It wasn't just Annu Kapoor sir but also Vijay Raaz sir for me were so good and hilarious. Even Abhishek, who plays my brother, was too good. It was correct casting, writing and the film turned out really well with so much fun."

But, with her upcoming projects, she is finally moving away from the 'Punchnama girl' tag. But, she admits that if it wasn't for her past work, she would not have a project like Dream Girl. "I'm really glad. Honestly, when Pyaar Ka Punchnama films were being made, I said yes when nobody else wanted to do it. It brought me so many good opportunities. Similarly, if I had not chosen some of those films, a Dream Girl would not have been offered to me. I always say this - 'You don't need the whole industry to suddenly believe in you or see you in certain light. It takes that one person to believe in you and say that 'This girl can do this.' For me, that is what has happened in my entire career."

She further said, "Raaj Shandilyaa (director, Dream Girl) himself said that I want Nushrat for this part. I had never met him before in life and I didn't know who he was. I met him for the first time at Balaji office for narration. And he was very sure that he wanted me only in the film. I said 'Okay! Great.' But, that was because of some of the work I had done before."

Speaking about how much fun it was to shoot with Ayushmann Khurrana, Nushrat said that she now has one good friend in the industry. "I think Ayushmann is an amazing person. I'm so glad that Dream Girl happened and that I was able to meet him, Tahira Kashyap and Aparshakti Khurrana. I have interacted with Apar more in the past few months because of Ayush. I'm so happy that whatever time we spent together working, it was so much fun. I know now that I have one friend in the industry. He is a damn nice guy. He is such a warm guy and so enriched. It's so much fun with him always and he loves to enjoy every moment. I find him so funny. He's like entertainment for me. Tahira is another amazing person. I was literally partying on my birthday with Tahira and Ayush was not there. I'm really glad."

After Dream Girl, Nushrat has a strong line-up of films ahead. She will be seen in Turram Khan and Hurdang. Both the films are slated to release next year. She will also be seen in a song in Milap Zaveri's Marjaavaan which is set to release in November.

ALSO READ: Nushrat Bharucha was rejected because of her ‘good looks’ from THIS Oscar nominated film