Last Updated 25.10.2021 | 10:00 PM IST
feedback language
follow us on
Bollywood Hungama » News » Bollywood Features News » Aamir Khan’s current read is the one all the Urdu lovers need to add to their list!

Aamir Khan has always been an avid reader and is usually spotted with a novel, especially when travelling. If you’re his fan, you’d know that he always carried a good read and a pillow before boarding a flight. The perfectionist of Bollywood has started the shoot for one of his most awaited projects, Lal Singh Chaddha. Aamir even revealed in an interview that he has wanted to do this movie since the past 18 years.

The movie is a remake of Tom Hanks’ famous film, Forrest Gump and also stars Kareena Kapoor Khan. Aamir was recently in Punjab shooting for the same and was recently spotted at the airport in Mumbai with his pillow and a book. The book is titled ‘Yeh Un Dinon Ki Baat Hai – Urdu Memoirs Of Cinema Legends’. The book has excerpts and anecdotes from Urdu magazines about most of the legends in cinema. One of them is by late actress Nargis to another late beauty of Indian cinema, Meena Kumari. The letter is titled “Meena – Maut Mubarak Ho!”, where she talks about how the world does not deserve people like Meena Kumari. 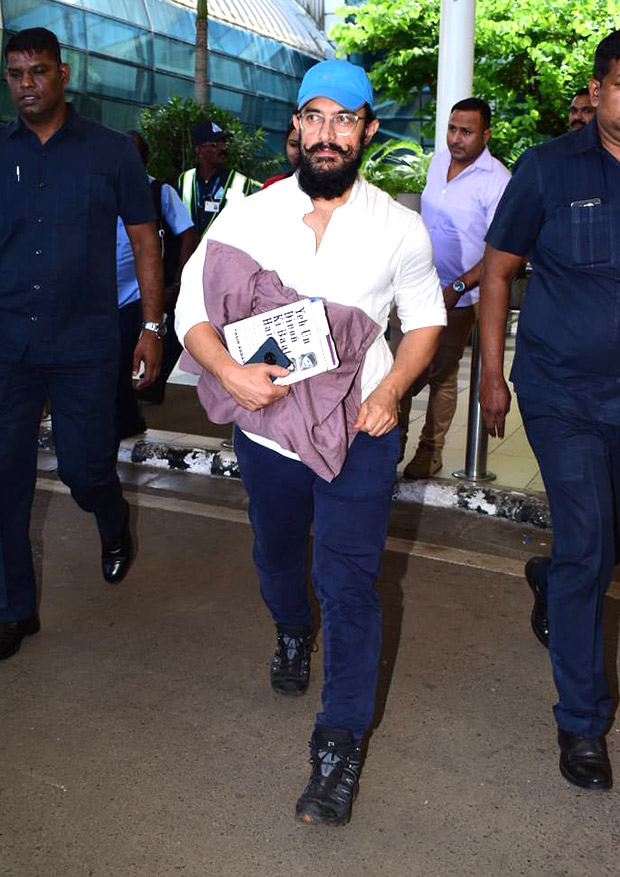 To all the Urdu fanatics out there, ‘Yeh Un Dinon Ki Baat Hai – Urdu Memoirs Of Cinema Legends’ is the one book you need to add to your reading list if you haven’t read it already. Aamir Khar starrer Lal Singh Chaddha is slated to release in 2020.

Aamir Khan mourns the demise of his Secret…