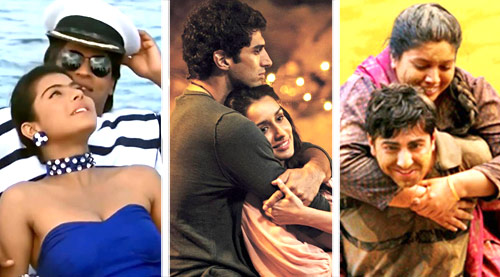 
When Shah Rukh Khan delivered this (now legendary) dialogue for the director duo Abbas - Mustan while shooting their thriller Baazigar, little would he have known that it would go on to become the best way of describing the state of affairs in the film fraternity! The trade-off however, is not as worthy for all of us in the fraternity as it was for Ajay Sharma in the flick that released back in 1993!


By now, throwing a 'success bash' for films right after the weekend of their release (well before their fate in terms of the possibility of recovering the money spent of making and releasing them is even clear) is an accepted norm! Irrespective of the amount of money that the studios financing them or the distributors and exhibitors associated with them may stand to lose, these success bashes are a PR gimmick that marketing experts seem to be quite fascinated by! What doesn't seem to bother them however is the fact that everyone from the film trade to the media-persons who cover them as well as the audience knows exactly where a film is headed!


This brings me to a question we as a fraternity must lament over! What parameters does a film need to tick off to truly be considered successful? The answer to this question is quite simple actually! Irrespective of all the acclaim, appreciation, salutes or smashing on the social media, 'taalis and gaalis' by the audience at the cinemas, what REALLY matters is the RETURN ON INVESTMENT!


Many films go well beyond the much talked about '100 crores' benchmark and are still a loss making proposition for those who invest in them at the production or distribution stage & then there are some that don't even earn net collections of 50 crores and are still money spinners with over 100% returns on investment for the ones who put in the dough to make them. Examples like Aashiqui 2 (made for a budget of Rs. 9 crores with net collections almost touching Rs. 90 crores), Dum Laga Ke Haisha (made on a budget of Rs. 8 crores with net collections in India going upto Rs. 30 crores), which struck the right equation when it comes to the right budgeting to suit the potential appeal need to be studied and emulated keeping in mind the demographics of the Indian market. Each film needs a customized budgeting, production, promotions and monetization model to suit its appeal with the audience and that is where we fail, by playing to a vanilla template in most cases!


The obnoxiously low success ratio that the fraternity survives with calls for a lot of red flags to be raised across sectors & for the fraternity to put some serious thought to finding ways to contain the budgets at which films are made to suit the market & ensuring better footfalls to help the sector survive and see better profitability. The sooner it happens, the better for all!