Fathers often go unappreciated for all the sacrifices they make for their kids, and for the blood and sweat they put into their work to give a better and comfortable life to their family. Dads are the unsung warriors who leave their own desires and needs aside to fulfill the wishes of his family. 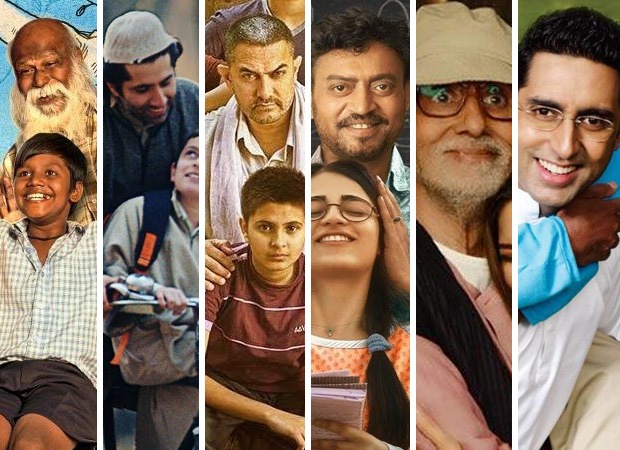 Father’s Day Special: Watch these movies that will bring you to tears

This Father’s Day to make the day special for your dads, you can binge watch these films that will leave you in tears.

1) KD
The film, starring Mu Ramaswamy and Naga Vishal in prominent roles, is a heartwarming tale of a 70-year-old man and an eight-year-old orphan. As bed ridden Karuppu Durai, played by Mu Ramaswamy realizes that his family was planning to kill him, he flees away from the hospital. He crosses paths with an orphan, Kutty and they strangely connect with each other. KD, as Kutty liked to call him, could see his younger self in the boy and Kutty also found a father in KD. Their journey of friendship, love and care will leave you sniffling.

2) Hamid
The story of Hamid is woven around a young boy named Hamid, desperate to find his father who cryptically disappeared. The boy dials random phone numbers to converse with God in order to ask him about his father. His call is answered by a CRPF soldier who is also desperate to meet his eight months old daughter. Both develop a unique relationship with each other and help each other to heal and find peace in difficult circumstances.3) Dangal
Dangal is a story of a once powerful man who had given up his dreams of becoming a champion wrestler due to the pressures of society. Based on true stories and real people, the film showcases the dedication of Mahavir Singh Phogat, played by Aamir Khan in turning his daughters into independent and powerful women. The society which has only taunts and sarcasm to offer to a determined Mahavir, is unable to stop him in taking his daughters, Geeta and Babita, played by Fatima Sana Shaikh and Sanya Malhotra to the heights of success. The sequence where Geeta brings home India's first-ever Commonwealth gold medal in wrestling and Mahavir hides his tears of joy will surely leave you in awe of the film.4) Angrezi Medium
The film, directed by Homi Adajania is a marvelous depiction of the relationship between a father and a daughter. A sequel to the megahit Hindi Medium, this film beautifully portrays the struggle of a father to fulfill his daughter’s dreams.

Champak Ghasiteram, played by Irrfan Khan had small ambitions in life while his daughter, Tarika played by Radhika Madan always dreamed big. The story takes a turn when Tarika receives a scholarship from a University in London and Champak must find an alternative to fund her studies. Their bond is tested at various stages but by the end, they realize that they needed to hold on to what matters the most.

5) Piku
The Shoojit Sarkar directorial portrays the life of a difficult father and a daughter who constantly looks out for him. The story spins around a domineering father, Bhashkor Banerjee, played by Amitabh Bachchan and his daughter, Piku played by Deepika Padukone who is tired of his never-ending complaints about his perfectly fine health. Bhashkor is an over controlling father who intervenes in Piku’s love life, creating hindrance in getting married. Their bickering continues as they take a long road trip. They fight over little things but are still inseparable. The film also features Irrfan Khan in a prominent role.6) Paa
Paa is going to leave you teary-eyed with its emotional storyline and beautiful, powerful performances by each actor in the film. The film is about Auro, a 13-year-old boy who suffers from a genetic disease that causes accelerated aging at a small age. His mother, played by Vidya Balan looks after her son. The film also features Abhishek Bachchan as Amol who is a powerful politician and puts up constant efforts to prove that ‘politics’ can be clean and just. As the story unfolds, Amol realizes that he is Auro’s father.To celebrate Father’s Day this year, what can be a better idea than to binge watch movies that make you realize how beautiful a relationship is between a father and his kids? You can enjoy these movies with your dads and make him feel special.
Tags : Angrezi Medium, Dangal, Father's Day, Father's Day 2022, Father's Day Special, Features, Hamid, KD, Paa, Piku