BYUN BAEKHYUN IS BACK! Popular South Korean-Chinese group EXO member Baekhyun is back with his third solo mini-album titled 'Bambi' and has unleashed his inner sensuousness in the title music video. 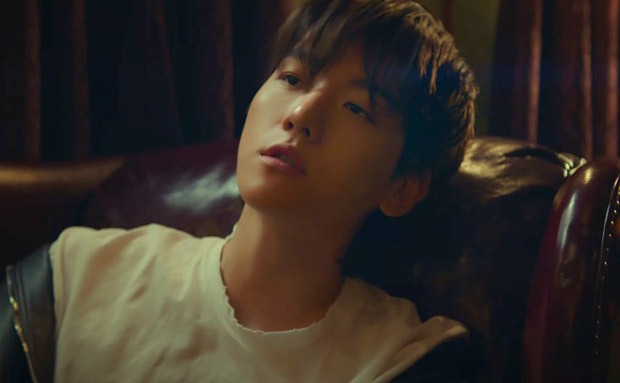 The music video follows a monochromatic theme in which the singer dons all-black attire as he is standing at the train station when he flips a coin. Cut to the next scenes, you see him crooning and dancing at the bar and at underground train tunnel with several dancers which reminds us of the 70s and 80s dark spy movies. He embraces his sexier side while making references to Disney classics like Bambi, Tinkerbell, and Peter Pan. Cinematically, the music video is absolutely enchanting with warm-toned yet dark vibes.

The title song 'Bambi' is an R&B genre song composed by DEEZ, YUNSU, SAAY, and Adrian McKinnon. It is co-written by DEEZ and SAAY, Baekhyun takes you through the emotional journey of a mature love story laced with fairytale expressions. The lyrics express his desire to feel the mature love, "Show me your eyes full of love / Your eyes and my eyes / The moment we bump into each other when the time stops / Hold my cold hands." Flaunting his pitch-perfect vocals with harmonies and guitar melodies, the song absolutely unleashes the sensuous side of Baekhyun.

He has recorded over 830,000 pre-orders for his new mini-album 'Bambi', breaking his own record!  Overall, Baekhyun sets the sensuous tone throughout the album expressing his desire to feel and confess love in the most fairytale way possible. This is probably one of his strongest albums yet and before leaving for mandatory military enlistment, his gift for his fans is truly riveting. The way he navigates through his feelings in the album is a reflection of the growth of Baekhyun as an artist.

After closing 2020 with the soulful single 'Amusement Park', he released the music video for 'Get You Alone' from his debut Japanese solo mini-album 'BAEKHYUN' which will be released on January 20th, 2021.