Radhika Madan, the rising star in the film industry, has already witnessed widespread fame during her Television days with the role of Ishani. The actress has starred in three movies till now and every performance of hers has received critical acclaim. Her recent release Angrezi Medium was a much-awaited film as it marked the comeback of Irrfan Khan after a hiatus. But, things did not go well as the country started to shut down theatres amid Coronavirus pandemic. 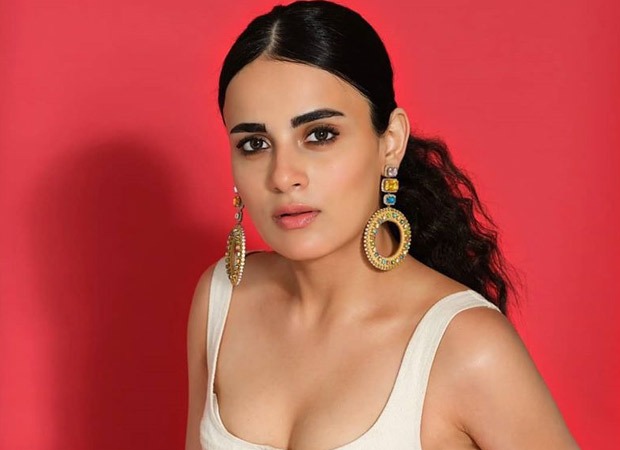 There have been reports that suggested that film will be re-released once the situation gets better. But, Radhika Madan says the priority is the well being of the people. Speaking exclusively to Bollywood Hungama, Radhika says, “There’s so much uncertainty and that’s what life is. We never thought this would happen but right now the priority is not the film. The priority is the well being of people. Why do we make films? We make films to entertain them. They are the priority, right? Right now, we are not even thinking about the film. We hope that once the situation gets better, and people are well and safe to go out, we would re-release the film and entertain them.”

Radhika played the role of Irrfan Khan’s daughter in the film and their camaraderie was appreciated. When asked whether there was a moment when she was left awestruck by his performance, she adds, “I think not while shooting the film. It didn’t hit me while shooting but it hit me later when the trailer came out. I was crying buckets of tears. During the film, I was unstoppable and was crying over and over as I couldn’t believe that I was standing in front of Irrfan Khan. He is magic on screen. I think it’s one of his best performances that he has ever given. It was surreal to watch me and him in the same frame. I learnt so much from him. He is an institute in himself. You can just learn so much by just observing him. It was so surreal for me.”

Radhika Madan, on the work front, will next star in Shiddat alongside Sunny Kaushal. Produced by Dinesh Vijan, Shiddat is said to have two parallel tracks focusing on the journey of two couples. The film also stars Diana Penty and Mohit Raina.

ALSO READ: Radhika Madan feels actors do not give auditions out of the fear of not making it