Kapil Dev and his team immortalised cricket for India after lifting the World Cup for the first time in 1983. His historical words for the team were: Team if this is not a winning total; it's definitely a fighting total. Now, just as Ranveer Singh and his entire team of the Kabir Khan directorial ’83 have gone to London to commence shooting this film, they EXCLUSIVELY spoke to Bollywood Hungama about this special project. 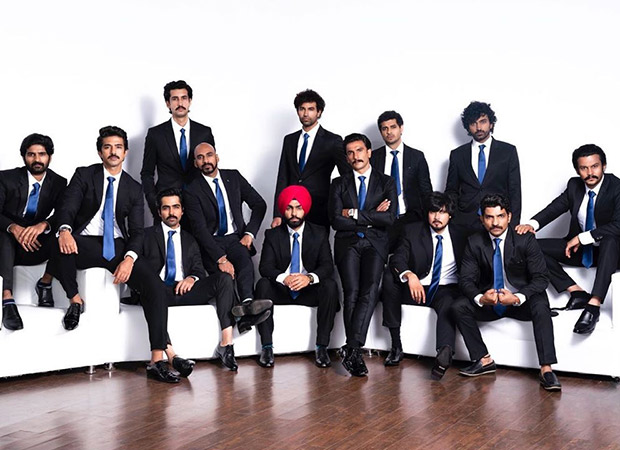 Dressed in sharp suits Ranveer and his ‘devils’ were in a total ecstatic mood before flying to London. Talking about the project passionately Ranveer agreed that the ’83 World Cup changed everything for us as a nation. He said, “You are absolutely right. What happened in ‘83, what happened in that final changed sports forever, changed cricket for ever and it changed the entire attitude of the nation for ever and ever. There was a new sense of self belief and the entire nation started thinking that yaar, hum bhi kisise kum nahi hai. Aur humein kabhi chota nahin samajhna, kam nahi samajhna. We have the ability to be the best in the world. We can, we will and we did.”

He further even congratulated ace cricketer Sandeep Patil’s son Chirag Patil who is playing his dad in the biopic. Ranveer said, “When does it happen? It is once in a lifetime kind of opportunity. This homey, he is playing his dad on screen.”

Further Saqib Saleem spoke about his journey to imbibe the qualities of Mohinder Amarnath who took key wickets which catapulted in the team winning the final battle. Saqib spoke about Amarnath’s ‘lazy elegance’ and how difficult it was to internalise that. Check out the entire video to get all the details.