Actor and singer Diljit Dosanjh took to his social media handle to share a rather interesting picture of himself posing in front of the Taj Mahal. In the picture, he can be seen posing with Ivanka Trump, daughter of US President Donald Trump. 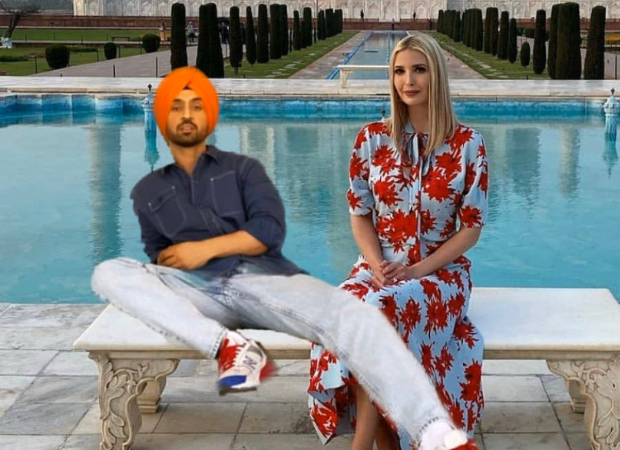 Ivanka Trump had recently visited India along with her parents and husband. The Trump family even visited the iconic Taj Mahal and posed in front of the historical monument. Diljit photoshopped himself in the picture in which Ivanka is sitting on a bench in front of Taj Mahal.

He wrote that Ivanka insisted on taking her to the Taj Mahal and he had to oblige. "Me & Ivanka Piche hee Pey Gaee Kehndi Taj Mahal Jana Taj Mahal Jana..#tajmahal Mai Fer Ley Geya Hor Ki Karda (She was after my life to take her to Taj Mahal. So I took her, what else could I have done?),” he captioned the post.

Ivanka Trump who noticed this picture took this humour sportingly. Responding to the post, Ivanka wrote, "Thank you for taking me to the spectacular Taj Mahal, @diljitdosanjh!It was an experience I will never forget!"

Thank you for taking me to the spectacular Taj Mahal, @diljitdosanjh! ????

It was an experience I will never forget! https://t.co/VgqFuYBRIg

This is not the first time that Diljit has shown his admiration for celebrities from the West. He had a crush on makeup mogul Kylie Jenner and even left comments in Punjabi on her Instagram posts. Later, he set his eyes on Wonder Woman star Gal Gadot and commented on her pictures in Punjabi.

Also Read: After fighting like Baahubali, President Donald Trump dances on Ranveer Singh’s song ‘Malhari’ in a morphed video shared by his assistant