25 years ago, it was a trendsetting time for Hindi cinema. A look-back at 1995 simply shows that cinema even today can be influenced by films as far back as a quarter of a century. 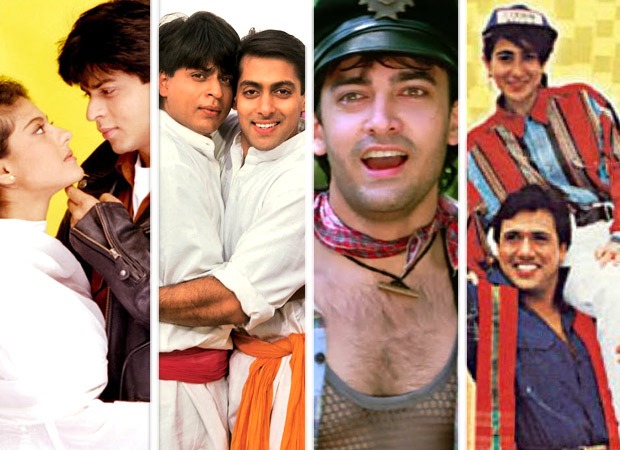 To begin with, Diwali saw the release of one of the biggest hits of all-time, Yash Raj Films’ Dilwale Dulhania Le Jayenge. This, albeit slowly, began Diwali’s association with Yash Raj Films and Shah Rukh Khan, together, and separately.

The film is still running in matinee shows beyond the 1000th week. An epic romance that set the stage for NRI love stories until the genre was squeezed dry (Half Girlfriend, Namaste England, Tamasha and many more disasters), it set into motion both the hardcore ‘Punjabi-ization’ of Hindi movies, but also popularized shooting abroad, after only sporadic examples from the 1960s.

The title, suggested by Kirron Kher, and acknowledged as much in the film’s credit titles, was inspired by a then 21 year-old chartbuster from Chor Machaye Shor. In turn, Anand Bakshi wrote unforgettable songs like ‘Ghar aaja pardesi’, ‘Tujhe dekha to yeh jaana sanam’ and ‘Mehndi lagaake rakhna’ in an all-hit score. The film signaled the final breakthrough for composers Jatin-Lalit, and introduced writer-director Aditya Chopra, who later took the banner to new heights, but could not replicate such success as a director.

With their third consecutive hit, the Shah Rukh Khan-Kajol team went on to become iconic, just like the film. Even today for Gen-Y, DDLJ, as it is fondly called, is the ultimate love story and a benchmark for romantic aspirations. It is viewed among the complete love stories of all time—a great script, perfect casting and performances, superb love songs and magnificent direction.

At the b-o., the film topped the year, but came second in the entire decade to Hum Aapke Hain Koun!..., which also ran through 1995 (and beyond!) after its release in mid-1994. With these two movie epics, films showing pre-marriage ceremonies became big for a while!

Raakhee’s line, ‘Mere Karan Arjun aayenge!’ must now rank among the top 10 or 12 cult ‘dialogues’ of all time. In 1995, it connected very deeply with an emotional audience for whom the mother was the biggest icon. Her endless sorrow about her murdered sons fuelled the story of their reincarnation and led to them avenging their own murders and their mother’s suffering.

The 75-week runner also had hit music by Rajesh Roshan and lyricist Indeevar. After Baazigar, Shah Rukh and Kajol got another whopper, a few months before DDLJ. And Salman Khan made a great impact again after HAHK.

This simple love triangle set into motion a significant, if negative, long-lasting change in Hindi movies: songs now did not need to be connected to the script! They were filmed, in the aftermath of the new-for-India MTV culture as self-sufficient music videos.

From here on, this gradually spelt the death-knell for situation-specific film songs—the very USP of Hindi cinema since the talkies began!

Rangeela, which ran for 50 weeks, was the first original film of A.R. Rahman, and this too influenced Hindi film music irreversibly by gradually making the audiences sound- and beats-conscious rather than them focussing on a song’s content—the lyrics to begin with, the singing and diction, and a composition that fitted the mood.

The film also marked a kind of “return” for Asha Bhosle, who had been under a cloud for a while, as she blazed the charts with 'Rangeela Re’ and ‘Tanha tanha’. And Urmila’s persona and career were also reinvented.

The film, which adapted the core idea of Hrishikesh Mukherjee’s Golmaal (1979), became such a cult rom-com that it now being remade by the same director, David Dhawan, and the same producer (Vashu Bhagnani), with the same title! The new film stars Varun Dhawan, Sara Ali Khan and Paresh Rawal in roles immortalized by Govinda, Karisma Kapoor and Kader Khan. For the Govinda-Karisma team, it is their biggest success among 7 hits in 10 films. 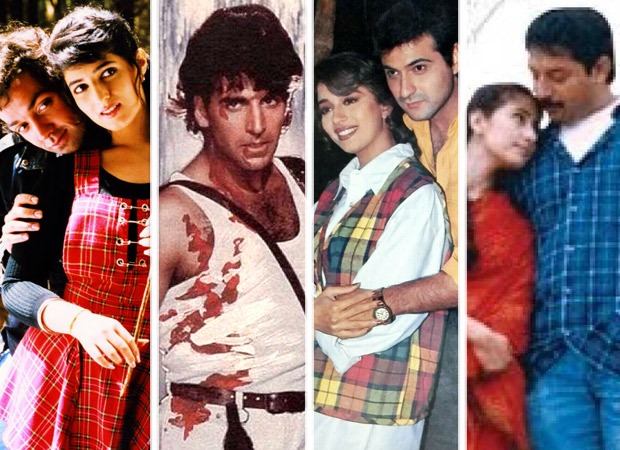 This Bobby Deol-Twinkle Khanna debut was to be originally directed by Shekhar Kapur. Rajkumar Santoshi finally directed this Dharmendra production that did average business, but the lead pair did very well for a while.

This film finally consolidated the tag of Khiladi on leading man Akshay Kumar, after two diverse predecessors in Khiladi and Main Khiladi Tu Anari. The thriller, part-inspired by the Hollywood classic Chase A Crooked Shadow, also began the actor’s long association with producer Keshu Ramsay. Four more Khiladi films followed from him (successes Khiladiyon Ke Khiladi and International Khiladi and flops Mr And Mrs Khiladi and Khiladi 420) followed besides the superb Khakee and the flops Insan and Family. In 2012, Akshay also produced the final Khiladi film in Khiladi 786. These were neither sequels nor franchises but just shared the word in their titles.

Raja was the hat-trick hit of director Indra Kumar, and also his third with Madhuri Dixit, after Dil and Beta. Indra Kumar remains relevant even today, and is now making a film with Ajay Devgn and Siddharth Malhotra. But more importantly, he made his fourth film with Madhuri only last year—her first hit after her comeback in 2007—Total Dhamaal.

Consolidating their individual and combined success after Roja, Mani Rathnam and A.R. Rahman came up with another dubbed film, and succeeded yet again. For a while, after these twin successes, dubbed movies became a kind of trend. 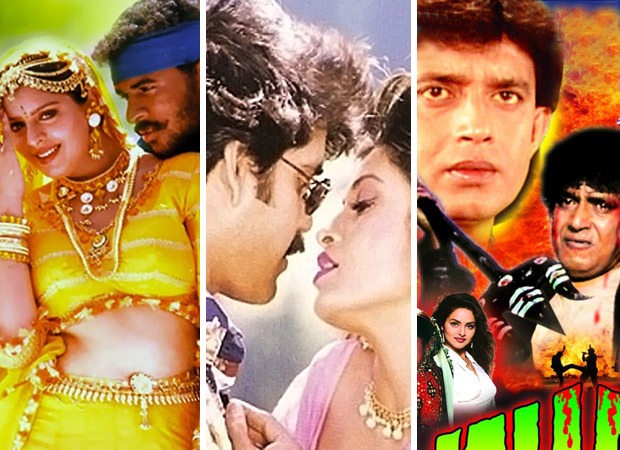 This dubbed film introduced Prabhudeva to the rest of India. The song ‘Muqabla’ was not only much-copied then in films and albums (one hit version was there in Sabse Bada Khiladi mentioned above) but is now being re-created in Street Dancer 3D, featuring the same actor!

This film set into motion the Ooty-based factory-like cinematic products that held Mithun Chakraborty in good stead for at least five more years. A starlet with oomph, emotions, sex and action in overdrive became staple ingredients of the B-graders that followed, also shot in Mithun’s 5-star hotel in that hill station!

The flops too had their roles to play: Hulchul and Gundaraj were signed by Kajol as ‘easy’ films to make up for the emotionally-draining performance she gave in the previous year’s melodrama Udhaar Ki Zindagi, and she met her soul-mate Ajay Devgn on the sets of these films. Hulchul also heralded the debut of Anees Bazmee as director, the man who was to give Pyaar To Hona Hi Tha, Deewangee, No Entry, Sandwich, Welcome, Singh Is Kinng and Ready in the next two decades.