One of the many pleasures of watching Seema Pahwa’s directorial debut in Ramprasad Ki Tehrvi is to see the great Naseeruddin Shah as the dead patriarch of the family. 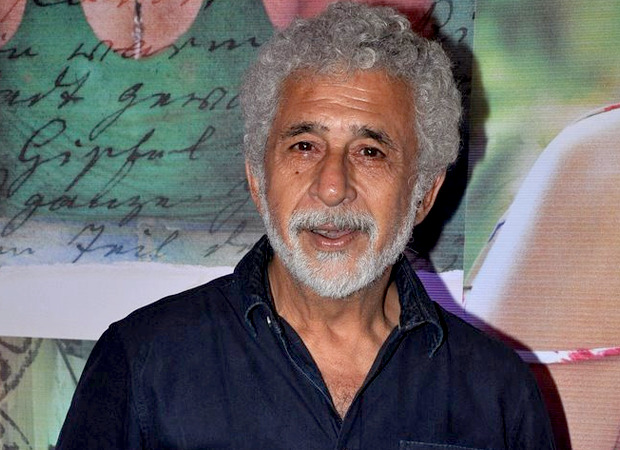 Naseer of course lives the part of the dead man. I asked him what it felt like to be part of a film about a death in the family. And isn’t death finally a tragedy only for the one who’s dead?

Says Naseer, “Death is not a tragedy for the one who’s dead, he’s oblivious for ever, it’s a tragedy for those left behind if they let it become one. There are also people who find lessons in death. I personally feel it’s the most unimportant part of life and ironically the only inevitable part.”

As for playing dead, “Playing dead is easy. You only have to lie still and hold your breath during the shot! Luckily I didn’t have to do any of that. My director Seema Pahwa said she wouldn’t be able to bear seeing me with cotton in my nose lying on a pyre.”

Naseer reveals Seema used a body double for Naseer on the pyre. “It’s not me in the shots of the body, whose face you never see. I was very moved by this affectionate gesture. It reminded me of Gulzarbhai saying he wouldn’t be able to bear seeing Ghalib dead (Naseer played Mirza Ghalib in Gulzar’s series).”

Naseer is all praise for Seema as a director. “Working with a trusting director like Seema was a treat. She was totally on the ball, certain of what she wanted and she won the trust of everyone in the unit. She had no pretensions of making a great film ,like many of our dilettantes do, just a desire to do what she wanted and to do it well.”

What does Naseer have to look forward to this year?

He replies with mock-solemnity, “There doesn’t seem to be much to look forward to in the New Year. But I have plans for a couple of things on stage. Ismat Apa Ke Naam Part 4 is one. After the lockdown eased I acted in a web series called Kaun Banega Shekhavati? And I did tiny parts in films by Dibakar Bannerjee and Shakun Batra.”

Naseer, considered by many to be the greatest living actor in India, is hopeful about this year. “There’s no way 2021 could be worse that 2020 but there’s always Donald Trump!!!”