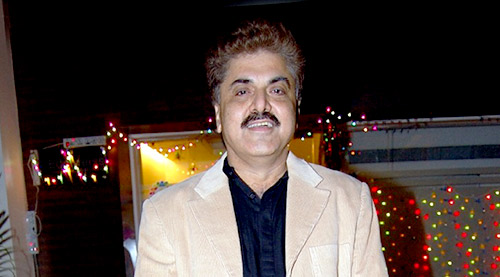 I was in a major conundrum wondering whether I should be really writing this article as I am a CBFC board member and President of Indian Film & Television Director's association too; regarding the recent unfortunate occurrence happening in the corridors of the CBFC because of Mr. Pahlaj Nihalani-the CBFC Chairman. But my conscience took over logic and I felt that it is high time that voices need to be raised against the wrong and the tyrant.


When the new team of CBFC board members and chairman was announced there was a sense of positive wave in the industry because for the first time the board was majorly comprised of members from the film fraternity. But seldom did anyone think that reason for celebration would turn into a catastrophe just because of a mayhem being committed by the senior most chair of the board, Pahlaj Nihalani.


From the day this man has taken the reins of the Board, the CBFC is resembling like a wild horse gone amok. His ridiculous diktats and autocratic functioning has made CBFC a laughing stock not only amongst the film makers but also the cinema viewing audience.


This gentleman refuses to accept that CBFC is to certify films and not to censor them. He makes his own guidelines his own rule of functioning and the most awful thing is he is creating an anarchic environment in CBFC. The height of his totalitarianism was when he publicly issued a list of cuss words and this almost took the shape of a major unwarranted scandal. There was an immediate board meeting convened and his ridiculous cuss word list was declared null and avoid by the entire Board. To the extent, Honorable State Minister Rajyavardhan Rathore also supported this board decision and commented that every film will be treated on its own merit rather than blanket bans. Even this didn't stop Mr. Nihalani who has almost made his life's mission to mar the sanctity of the institution which has endorsed the greatest Indian films of all times.


Nihalani's diktats are supported neither by logic nor law, nor does he appreciate the intelligence of the film-maker & the audience. He literally functions like an archaic monarch treating CBFC and its office like his own fiefdom. Under normal circumstance, seldom an occasion arises where the Chairman ever views the film. But in case of Nihalani he has a personal viewing of every film in his personal cabin, over riding every rule in the book and calling film-makers to his cabin who are expected to bow to his diktats. He has totally deafened himself to concerns of the entire Board. Members like myself, Mr. Mihir Bhutala, Dr. Chandraprakash Dwivedi and Mrs. Nandini Sardesai are at our wits end to stop the tyrant run of this man. He is leaving no stone unturned to foil the sanctity of the chair. We are fighting a losing battle with a man who is so hell bent on satisfying his ego, he does not even flinch before defiling the purity of the Institution and Cinema. This man's ego massaging is taking monstrous proportions. The biggest victim of his warped world view is the Hollywood films which are finding it difficult to get a clearance through the certification board because it does not suit the absent sensibilities of Nihalani. Films after films are becoming innocent victims of his mindless tyranny. The recent victim of his crass functioning is NH-10.


Inspite of ministerial interventions and strong concerns being expressed by the board Pahlaj Nihalani has again gone ahead and done what he does best - create blasphemous blunder. The kind of cuts that have been imposed on NH-10 is downright laughable and shocking. The cuts have been levied inspite of the film-maker agreeing to an adult certificate. The lead actress and the producer of the film Ms. Anushka Sharma has taken the matters in her own hands and has taken refuge in judiciary to safeguard her artistic endeavor from Nihalani.


Mr. Mihir Bhutala, Dr. Chandraprakash Dwivedi, Mrs. Nandini Sardesai and I are feeling like helpless bystanders to this man's ultimate intention of completely putting a question mark on the existence of the Institution. If this man continues; the day isn't far enough when Indian Cinema will truly step into dark ages just because of the doing of one wrong man on a right chair - called Pahlaj Nihalani.


(Ashoke Pandit is a Film-maker & CBFC Board Member)

When Anushka Sharma’s mom stitched her…