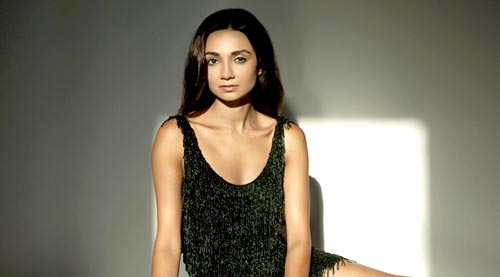 A prominent theater personality and remembered most for her work as Pinky Bose in Sonam Kapoor's Aisha (2010), Ira Dubey is now returning to the big screen after a hiatus. While she has also been quite prominent on the television circuit as a host and presenter, one looks forward to what she has to bring on screen with Dilliwalli Zaalim Girlfriend where she is playing a female lead.

"The film, as the name suggests, is set in Delhi and since I have grown up in the city, I have an old connection with it. I am the most Punjabi of them all because I have so many Punjabi friends. Of course there is this big heartedness that comes into play as well when it comes to Delhi. Who knows, I may marry a Delhi guy one day," quips Ira, as she begins to talk about the film.

A romcom, Dilliwalli Zaalim Girlfriend has Ira step into a funny part.

"Well, I am definitely playing Mummyji's choice of a bride in the film; you know the kind of girl next door. (Laughs) So while Prachi (Mishra) is all zaalim there, I too am not one of those Ms. Goody Two Shoes. I too have an ability to stand up and do something truly zaalim," says Prachi, who is playing an entirely contrasting part, when compared to Aisha.

"It is a light hearted film with a Ben Stiller-Adam Sandler kind of energy; it belongs to such kind of romcom space. Also, there is an intelligence of Ocean's 11 series," reveals Ira about the film, which also marks the debut of director Japinder Kaur.

Ira promises that the film would revel in authenticity due to Manu Rishi Chaddha (Oye Lucky Lucky Oye, Phas Gaye Re Obama, Aisha) on board as a writer.

"Since the film is set in the heart of Delhi, Manu Rishi certainly knows what's the right thing to do. Most of his films are set there. He is able to understand the fabric of that culture," says Ira.

While Ira is getting into the fun zone with Dilliwalli Zaalim Girlfriend, there are a couple of other films that belong to contrasting genres. These are M Cream and Aisa Yeh Jahaan.

"I am happy with the direction that Indian cinema is taking," she says, "There is trend towards realism. After Aisha, I didn't want to get typecast in the film business. I was clear that I wanted to do good word. So I picked up three distinct films. So while Dilliwalli Zaalim Girlfriend is certainly one, I have also shot for M Cream, which is an Indie road-trip film Imaad Shah and Auritra Ghosh. Other than that I have done Aisa Yeh Jahaan which has Palash Sen (of Euphoria fame) and I playing an Assamese couple. You are going to see me in very different avtars three times over before the close of year."