Actress Deepika Padukone is currently gearing up for the release of her next film, Chhapaak. The film is based on a real-life incident. The actress will be seen portraying the role of an acid attack survivor inspired by Laxmi Aggarwal. Today, Deepika along with director Meghna Gulzar and co-star Vikrant Massey launched the trailer of the film in the city and spoke about Chhapaak. 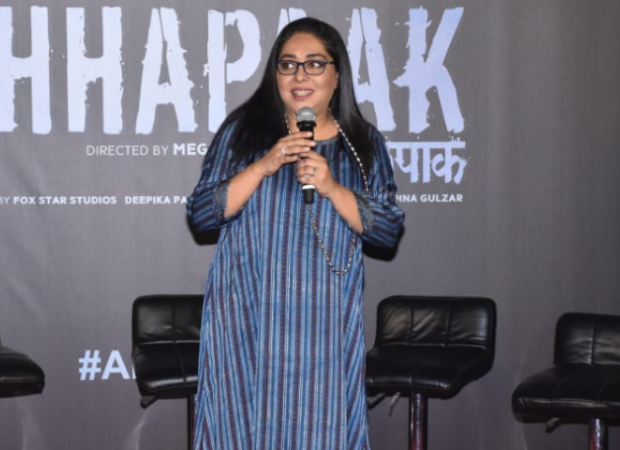 The film also has real-life acid attack survivors playing pivotal roles. Talking about them director Meghna Gulzar said, “The acid attack survivors are in the film. They have full-fledged roles. They aren't used as props in a song or something like that. Knowing them, we have found our inner strength through them.”

Meanwhile, Deepika Padukone who plays the role of Malti, who is inspired by Laxmi Agarwal spoke about her character. She said, “When I saw myself in the mirror as Malti, I felt I looked myself, and when Laxmi saw me as Malti, she felt she was seeing herself. And I think that is beautiful. This is the first time I am playing a real-life character, someone who is so tangible. It is a great feeling when you are playing a person from real life, and they feel you look like them.”

Also Read: Chhapaak Trailer Launch: “I would like to request everyone to not put this film in women-centric film category,” says Meghna Gulzar