Actress Deepika Padukone who was last seen in the 2018 film Padmaavat, is now gearing up for the release of her next film, Chhapaak. The film is based on a real-life incident. The actress will be seen portraying the role of an acid attack survivor inspired by Laxmi Aggarwal. Today, Deepika along with director Meghna Gulzar and co-star Vikrant Massey launched the trailer of the film in the city and spoke about Chhapaak. 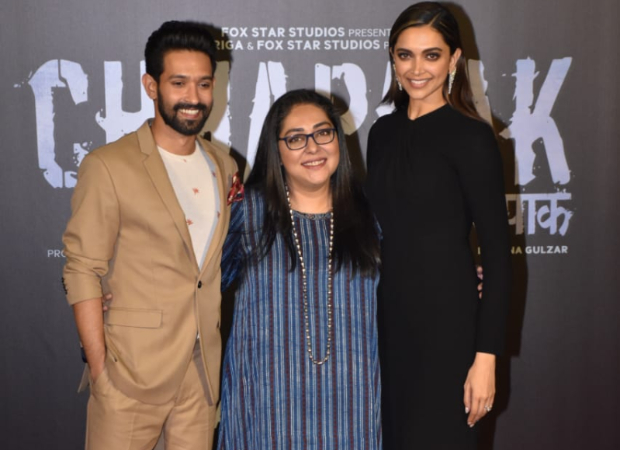 Talking about the film at the launch, Meghna Gulzar urged people to not put the film under the women-centric film category. “I would like to request everyone to not put this film in the women-centric film category. Yes, my women characters are strong, but this story is not woman-centric. I have tried to tell this story with as much honesty and responsibility as possible. Will it become a commercial success I can't say, but nobody sets out to make an unsuccessful film," says Meghna Gulzar.

Meghna further said that this is a film that she had with her for a couple of years. “Given the environment in our country, for women, this story becomes even more important. I am grateful that Deepika Padukone agreed to be Malti’s face. She has left her glamorous side behind, and given her heart to Malti. I am grateful to Fox for backing the film. This was a difficult film to make, emotionally and logistically,” she said.

Talking about the possible influence the film can have on the audience, Meghna said that influences can be negative and good. “If all cinema is responsible, then you will not go to the theatre anymore, right? So some level of entertainment is important, even that can be done responsibly is what I meant," says Meghna Gulzar.

"I can understand when we talk about what effect the film will have on people, but it can be done softly also. We don't always have to do it strongly. People in our country are sensitive. If people were thick-skinned, our civilization would be dead a long time ago," she added.