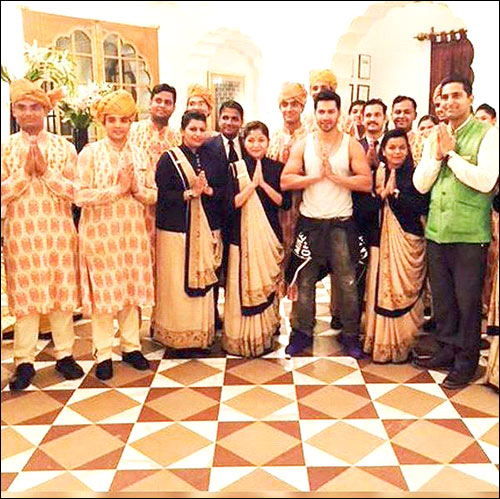 Despite being busy with his film commitments, Varun Dhawan decided to take some time for his endorsements too. The actor was recently spotted in Jaipur shooting for an ad commercial for the brand he endorses.


Pictures of his recent trip to the Pink City have gone viral on micro blogging sites. In fact, it seems that the actor was having a gala time enjoying the culture and heritage of the city and even posed with the hotel staff and locals of Jaipur.

From what we hear, the actor wasn't alone in Rajasthan and was accompanied by Katrina Kaif. Apparently, the ad commercial was for the apparel brand they endorse, that is Fashion Big Bazaar. It is also being said that this time around the new commercial starring the two actors will have them sporting ethnic wear.