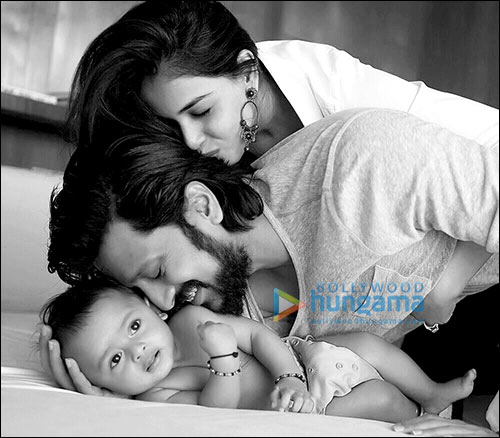 In November last year, Riteish and Genelia Deshmukh welcomed a bundle of joy into their lives in the form of their son Riaan. While both parents have kept the little toddler away from the media spotlight, a couple of days back, Riteish tweeted an image of him and Riaan together.


However, the coincidence that mattered the most to both parents was that Riaan's six month anniversary coincided with the 70th birth anniversary of Riteish's father and former Congress leader Vilasrao Deshmukh.