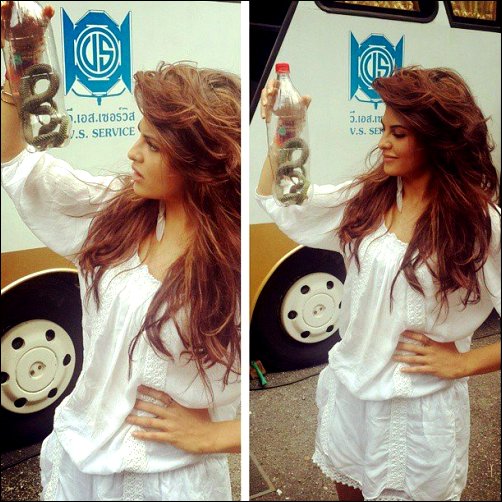 Just recently we had covered images of Jacqueline Fernandez in the midst of a makeup session while shooting for her next film Roy. Seemingly the actress whose recent release Kick fared well at the box office is having a whale of time shooting in Malaysia for Roy. In fact she posted yet another image from the shoot this time with a reptilian follower.


Roy is directed by Vikramjit Singh and produced by Bhushan Kumar, Krishan Kumar & Divya Khosla Kumar, and will feature Jacqueline as a filmmaker in a double role alongside Ranbir Kapoor who plays an art thief and Arjun Rampal who plays the role of a scriptwriter. The film that is currently being shot in Malaysia is slated for release in February next year.